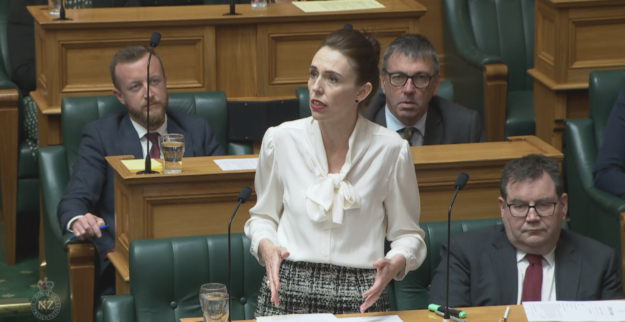 The New Zealand government’s goal to become carbon neutral by 2025 will only happen if backed by more funding and bold policies – including those targeting dairy farmers – rather than relying on carbon offset schemes, environmentalists said.

“It’s an ambitious goal and it’s good to see the government committing to lead from the front,” Amanda Larsson, senior campaigner at Greenpeace Aotearoa, said on Thursday.

“But in order to make a dent on emissions, what we really need is government policies to cut pollution from the agriculture and transport sectors.”

Climate change was a key issue in October’s election, won by Ardern’s Labour Party, with many New Zealanders becoming more aware of the threat earlier this year as ash from bushfires in Australia turned its skies red and its glaciers brown.

Proud of being one of the world’s most pristine, naturally beautiful countries, New Zealand has introduced climate change into its school curriculum, while parliament approved a bill to cut carbon emissions to net-zero by 2050.

But according to analysis by research coalition Climate Action Tracker, the country’s current climate policies are “insufficient” and inconsistent with limiting global warming to the Paris accord’s tightest goal of 1.5 degrees Celsius.

Methane from agriculture and waste accounts for more than 40% of New Zealand’s emissions, it noted.

“We need to see bolder action from the government, a commitment to fully decarbonise the state sector and a clear plan that sets out how they will do it,” said Siri Andersen, co-director at climate campaign group 350 Aotearoa.

“Our government has the mandate and the numbers in parliament to lead a rapid, just transition to a low-carbon future, and the community is expecting (it) to take bold action,” Anderson told the Thomson Reuters Foundation.

The Pacific nation’s “School Strike 4 Climate” marches last year put pressure on Ardern to be bolder with her climate policies but her efforts to do so were often hampered by her coalition partners in government, green groups said.

Under the new goal, government agencies will have to measure and report emissions and offset any they can’t cut by 2025.

The programme will also be backed by a NZ$200 million ($141 million) fund to finance replacing coal boilers and help buy electric or hybrid vehicles.

“The key challenge is, and always will be, funding,” said Elliott Hughes, a spokesman at Generation Zero, a youth-led climate action organisation.

“Without additional funding, it’s difficult to imagine organizations already short on cash having the resources to decarbonize effectively.”

However, this week’s announcement would send a strong signal to households, businesses and investors that climate change is a priority for New Zealand, green groups said.

This needed to be followed with policies, regulations and incentives that make climate-smart choices easier, said Greenpeace’s Larsson.

Improvements to public buildings – many of which use coal fired boilers – would also be needed to ensure energy efficiency and to prioritise renewable energy, they added.

In addition, the new pledge should provide incentives for government designers of public housing to consider energy efficiency – vital given the country’s chronic housing shortage, said Denys Trussell of Friends of the Earth New Zealand.

But the concern is that meeting the new emissions target will involve offsetting building emissions, which doesn’t “green” the sector at all, said Cindy Baxter, a spokewoman at Coal Action Network Aotearoa, a climate campaign group.

“Buying offsets isn’t proper climate action,” she said. “We need to see this sector actually cutting fossil fuel use, but there needs to be funding for that.”