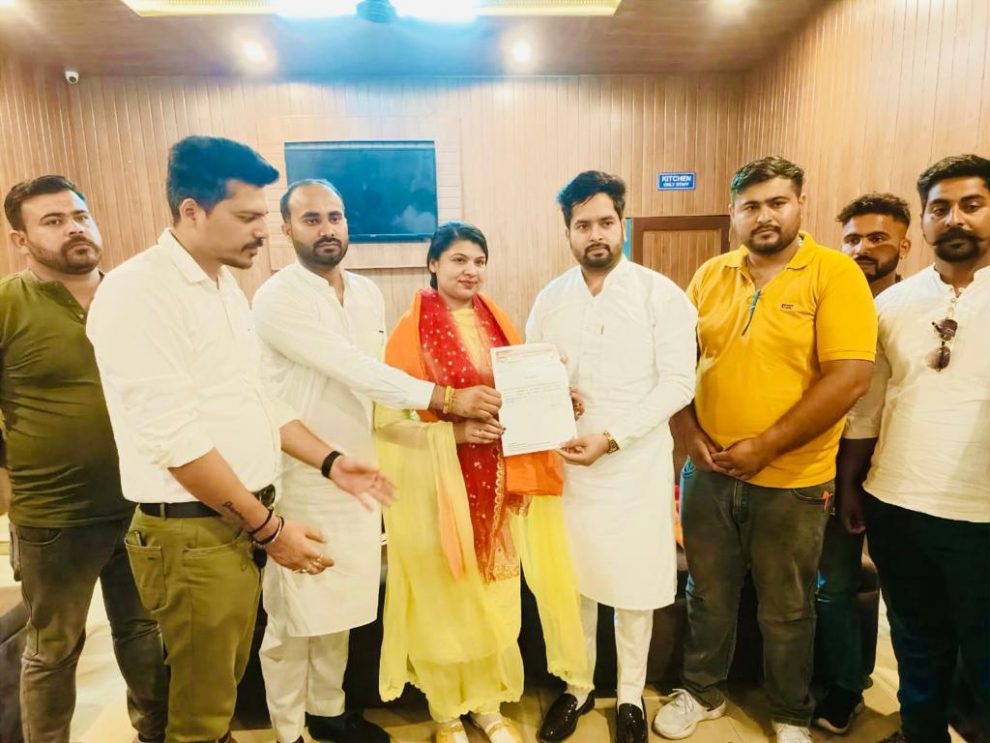 JAMMU: NYBO (National Youth Bhagat O rganization) Press conference  held today at Jammu for discussion over the future course of action of the organisation and for streamlining the forthcoming activities to be fulfilled by the organisation .NYBO also officially open its membership in whole of India.
NYBO have been formed with the exclusive goal the help out the marginalized and the downtroddens with whatever can be provided on the roadmap shown by sant kabir das ji who have been a great social reformer and who laid their life serving the downtroddens.The NYBO team stands strong as it consists of very vigourous and public spirited candidates who are looking forward to work in coordination and are going set the path right and assure to achieve and work on the principles of sant kabir das ji.
NYBO forms it’s basis throughout the country and isn’t going to restrict itself by any means for the achievement of its goal .
On the occasion Mr Gulshan bhagat (chairman NYBO)and the Vikram bhagat (National President) are also present and with the consensus of the executive members of the organisation Advocate Anu bhagat has been elected as the state president for the first tenure and has been conferred the position and nominated by the honble chairmain Gulshan bhagat and Vikram bhagat .Adv anu in the capacity of the State President and well acquainted with power the confer to the post and with discussion with executives members have further nominate the district Presidents and other state Unit team.
While addressing media Anu bhagat said she will work for the organisation whole heartedly and made herself available 24*7 for all.She will work with full endeavor for the upliftment of downtrodden and marginalized section of society.
Mean while Chairman Gulshan Bhagat said the core ideology of NYBO is to spread the message of Saint Kabir and other Saints to the society and convince people to follow the paths of these Saints whose core ideology is to spread peace and equality in the society.
Further National President Vikram Bhagat said there is opportunity for all the youth to join the organization and the membership of the organisation is open for all without any discrimination on basis of caste or religion.He said NYBO is an organisation which provide the youth the opportunity to lead world towards the Peace and Equality.
Others who are present on the occasion are Vikas badhoria, Pankaj Mohan Bhagat ,Shammi Bhagat, Kartik bhagat etc.
The Dispatch is present across a number of social media platforms. Subscribe to our YouTube channel for exciting videos; join us on Facebook, Intagram and Twitter for quick updates and discussions. We are also available on the Telegram. Follow us on Pinterest for thousands of pictures and graphics. We care to respond to text messages on WhatsApp at 8082480136 [No calls accepted]. To contribute an article or pitch a story idea, write to us at [email protected] |Click to know more about The Dispatch, our standards and policies