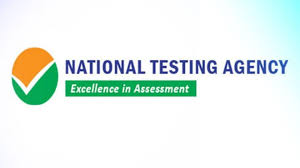 The National Testing Agency (NTA) has announced the results of Joint Entrance Examination (Main) in a record time of four days. The test which is the qualifying exam for appearing for the JEE (Advanced) was held in the first week of September this year.

Twenty four candidates scored 100 percentile in the JEE(Main) and the largest number of toppers comprising eight candidates are from Telangana. Among the remaining toppers, five are from Delhi, four from Rajasthan, three from Andhra Pradesh, two from Haryana, and one each from Gujarat and Maharashtra.

Out of eight lakh 41 thousand registered applicants, six lakh 35 thousand appeared for the engineering entrance test. JEE (MAIN) was postponed twice due to COVID-19 pandemic. The examination was conducted without any glitch at 660 centres in 232 cities including eight centres outside the country.

Since 2019, the test is being conducted twice a year. The first cycle of the entrance test, this year, was held in January.

AIR Correspondent spoke to few students who appeared for JEE-Mains in the first week of September and asked them about the facility at exam centres in light of COVID-19 and their future plans after the results.