Jammu: “It was unfortunate. We condemn those who killed him and nothing can be achieved by such things. In fact, it defames the people of Jammu and Kashmir,” Mufti told reporters in south Kashmir’s Anantnag district.

She said the entire Union Territory has to bear the brunt of such incidents.

Asked about the possibility of the government conducting the Amarnath Yatra amidst the Covid pandemic, the former Jammu and Kashmir chief minister said the decision on allowing the annual pilgrimage in the south Kashmir Himalayas was for the Centre to take.

She also criticised the police over reports of the booking of a 15-year-old boy under the Unlawful Activities (Prevention) Act (UAPA) in north Kashmir’s Bandipora.

“They (Centre) do not listen to the people of Jammu and Kashmir. Had they listened, they would not have booked a 15-year-old under UAPA. They do whatever they want to do.

“On one hand, there is Covid and it is difficult for people to come out of their homes, but on the other hand, if they want to have the yatra, who will tell them (not to have it)? They are the decision makers, they do whatever pleases them,” Mufti said.

She, however, added that the “government of India has to take a decision on the yatra”.

Meanwhile, in a tweet, the People’s Democratic Party (PDP) chief said the booking of the 15-year-old boy under UAPA “is yet another example of institutionalised tyranny”.

“Booking a 15 year old under UAPA is yet another example of institutionalised tyranny. Not being satisfied with converting Kashmir into an open air prison where dissent is crushed this regime is now going after children. Does anyone in the country care?” she wrote on Twitter.

Mufti was referring to reports of police in Bandipora booking a 15-year-old boy for allegedly raising anti-national slogans at a funeral. 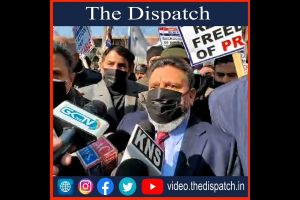 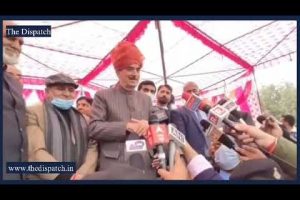