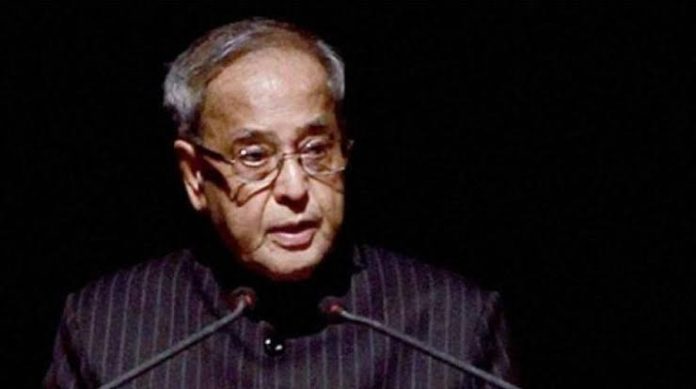 Former President Pranab Mukherjee on Wednesday said that he is not worried over slow growth of the Gross Domestic Product (GDP) as ‘certain things’ that happened had its impact.
“I am not very much worried over the slow GDP growth because certain things happened, which had its impact,” said Mukherjee at a felicitation programme at the Indian Statistical Institute in Kolkata on Wednesday. The former finance minister in the UPA government further stated that “the sanctity of data as fact has to be kept intact, it cannot be manipulated or designed in any particular way.That will be disastrous.”
“Sometimes I read in newspapers that data is questioned, I feel sad. I used to take pride in the authenticity of the Economic Survey, which was brought out every year before the presentation of the budget,” he added.