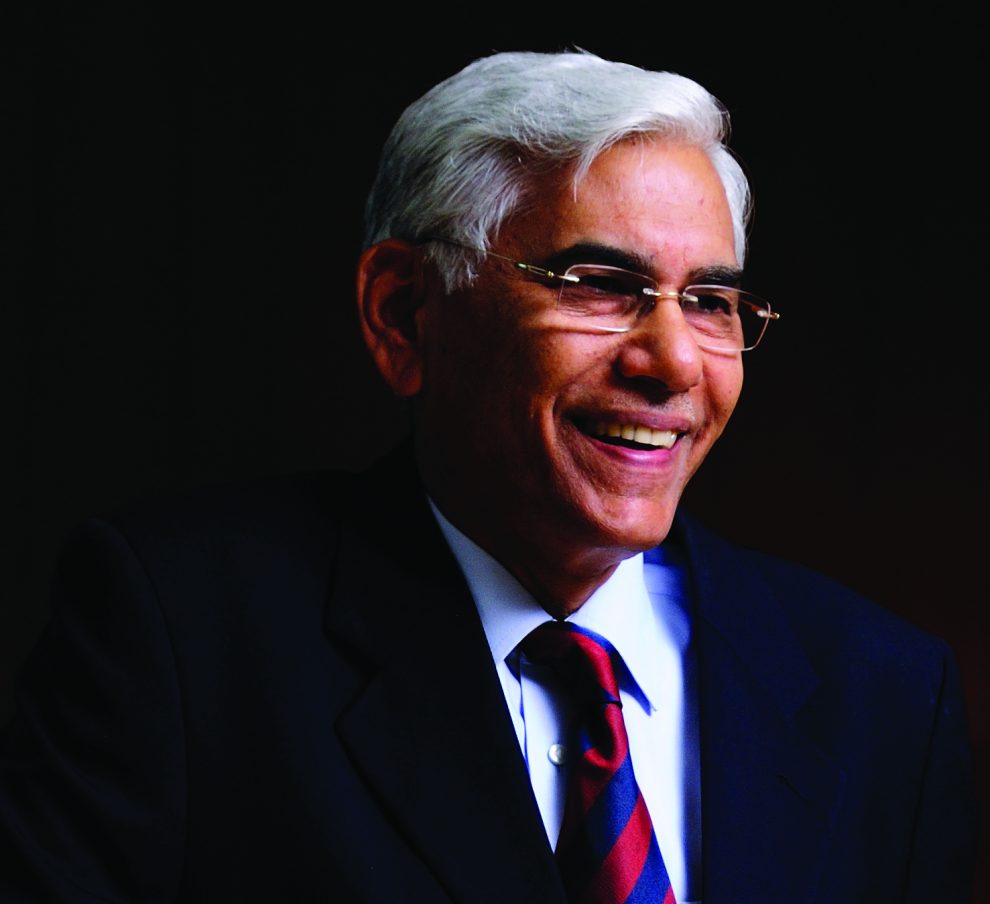 It was the afternoon of 30 January 2017. I was at the Indira Gandhi International Airport, Delhi, waiting to board a flight, when my phone rang. It was not a number saved on my phone. Ordinarily, I would not have picked up, but I answered thinking it may be an airline alert. The caller was Karishma Singh, a sports reporter from Times Now. Karishma mentioned that she was calling from the Supreme Court premises and that the bench headed by Justice Dipak Misra had decreed that the BCCI would be administered by a four-member CoA and I was to be the chairman of this committee. This came as a surprise to me, but Karishma insisted that she had it right.

A number of thoughts were racing through my mind, and before I had a chance to digest the information, the ever-enthusiastic Indian media had caught up with me. Navika Kumar, group editor (politics) of Times Now, was on the phone. Before I realized that our conversation was live on the channel, she started her rapid-fire questions. Not being too familiar with the goings-on in the BCCI and the Supreme Court, all I remember telling her was that it was a great honour for me to have been chosen by the Supreme Court and insisting that I saw my role in the BCCI only as a ‘nightwatchman’.

The others who were announced as members of the committee were: Diana Edulji, former Indian captain and cricketing legend, Ramachandra Guha, historian and author, whose knowledge of cricket is phenomenal, and Vikram Limaye, a banking and finance professional. The composition of the committee gave me comfort as they had been very carefully picked. The members came from diverse backgrounds but had some association with the game. If anyone at all was the rank outsider, it was me, who had had the least amount of association with contemporary cricket administration. While I had not met either Edulji or Guha, knowing that Vikram—a distinguished former colleague from the financial sector with a ‘no-nonsense’ disposition—was on the committee, was a source of great solace. My trepidation in getting into uncharted waters was considerably assuaged by his presence.

Obviously, the formation of the CoA was widely reported in print media the following day. However, it was the headline in The Economic Times—‘Four Ghostbusters to Run BCCI’—that really took the cake. The headline sure was intriguing but at the time I did not give it much thought. The article reported that on 30 January 2017, the Supreme Court had issued an order that the BCCI will be administered by a four-member CoA, and that the CoA was to be placed ‘at the helm of the cash-rich BCCI’s affairs to oversee changes to make the body more transparent and accountable’.

We had to hit the ground running as a crucial ICC meeting was scheduled for 5 February and much was at stake for the BCCI in that meeting. Additionally, arrangements for the Indian Premier League (IPL) 2017 had to be put in place. Since the media was speculating over a number of issues, we scheduled an interaction with some members of the press. I was looking forward to the interaction as I thought it would provide me with some insights from these journalists who had covered the BCCI for years.

During the course of our deliberations, a specific question asked of me was: what was the time frame you had in mind for the BCCI and the state associations to implement the Court order? My reaction was frank, and as I considered then, a forthright answer. I mentioned that we would tie it all up by October-end that year and, in any case, not go beyond 31 December 2017. The person who had asked the question had a wry smile on his face and communicated that I had more than a surprise in store for me. My feeling then was that any person or institution not obeying a diktat of the highest court in the land was totally inconceivable. In government or the civil services, the majesty of the Supreme Court has never been questioned and even a hint of contempt of court sends a chill down one’s spine, so where was the question of a cricketing body not toeing the Court’s line?

Nevertheless, going home after the meeting that evening, various thoughts were running through my mind about what the reporter had said. I wondered how the BCCI could take eight whole months to implement the principal order of 18 July 2016 that had handed down a direction to the Board. If the Court had given a verdict, its obedience is unquestioned. Why appoint a CoA to ‘have it implemented’?

My mind went back to the headline in The Economic Times of 31 January. Why had the writer, Samanwaya Rautray, called the members of the committee ‘ghostbusters’? We are familiar with the Ghostbusters—movies, TV series, comic books, etc. But who is a ghostbuster? A 1984 Hollywood movie by the same name has been categorized as action, comedy and fantasy. The plot follows three parapsychologists who, after having lost university funding, set up shop as a ghost-removal service in New York City that helps frightened yet sceptical customers. When I look back at our almost three-year tenure, January 2017–October 2019, I see how accurate it was: ‘comedy, action and horror’! To understand this better, let me take you to 2013—when it all started.

Excerpted with permission from Not Just A Nightwatchman: My Innings in the BCCI, Vinod Rai, Rupa Publications. Read more about the book here and buy it here.

The Dispatch is present across a number of social media platforms. Subscribe to our YouTube channel for exciting videos; join us on Facebook, Intagram and Twitter for quick updates and discussions. We are also available on the Telegram. Follow us on Pinterest for thousands of pictures and graphics. We care to respond to text messages on WhatsApp at 8082480136 [No calls accepted]. To contribute an article or pitch a story idea, write to us at [email protected] |Click to know more about The Dispatch, our standards and policies
TagsBCCI Not Just A Nightwatchman Rupa Publications Vinod Rai

“Ashramed”: This book chronicles Dahlia Sen Oberoi’s month-long transformational sojourn in an ashram
“Hitopadesha by Narayana”: This new translation in simple narrative prose and free verse retains the freshness and wit of the original
Comment