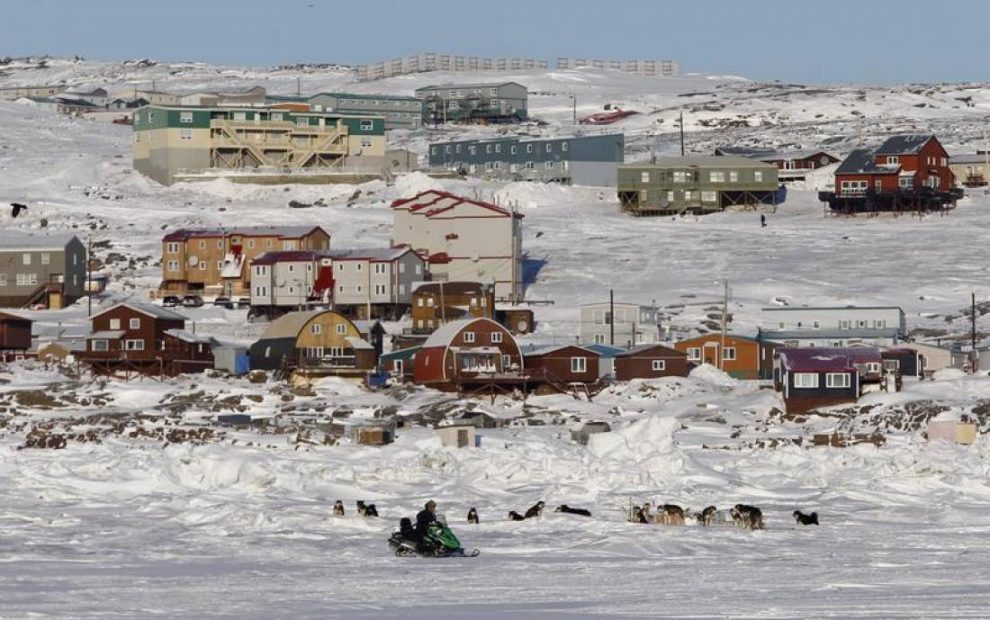 Canada’s northern territories have achieved much higher COVID-19 vaccination rates than its more populous provinces despite geographic challenges in a sign that prioritizing vaccine rollout in indigenous and rural communities is paying off.

Two government policies helped drive this early success. A robust outreach to indigenous communities sought to overcome mistrust arising from decades of ill treatment by the Canadian government. In addition, officials have shipped more doses per capita to the Yukon, Nunavut and the Northwest Territories, home to many of Canada’s indigenous people, than to other provinces.

Other measures also contributed, including a lottery held in a small town in Nunavut for those who get vaccinated offering five cash awards of C$2000.

The three territories span almost 3.9 million square kilometers (1.5 million square miles), or 40% of Canada’s landmass. But the harsh terrain of the territories is home to just 125,000 people, the majority of whom are indigenous, many living in fly-in communities best reached via air.

Despite this, almost 17% of their populations have received at least the first dose of the two-dose vaccines, compared to the national figure of 2%, according to government data. All three territories said they are on track to have at least 75% of their adult populations vaccinated by April, compared to the September target the federal government has set for the rest of the country.

To combat vaccine hesitancy, Nunavut Health Minister Lorne Kusugak and the territory’s chief medical officer have been calling into local community radio stations to answer questions and calm fears in the days before a vaccine clinic’s arrival.

Kusugak said the way his government decided to overcome the hurdles is by going into communities.

“It could be a community of 100,000, I think this formula works anywhere,” Kusugak said.

Vaccinating the indigenous communities is important to help keep COVID-19 deaths in Canada under check because the risk of an outbreak in the remote areas is seen as high.

Vaccine hesitancy is a global problem but mistrust of authorities has deep roots among these indigenous people, who represent 5% of Canada’s population and have experienced centuries of mistreatment and genocide at the hands of the Canadian government.

In addition, Canada’s indigenous people are more likely to experience homelessness or lack access to clean drinking water, making the social distancing and hand-washing recommended to fight the spread of COVID-19 difficult. Their life expectancy is 10 to 15 years less than non-indigenous Canadians, and they have almost double the rate of asthma and triple the rate of diabetes.

Recognition of these facts is long overdue, according to Natan Obed, president of Inuit Tapiriit Kanatami, a national organization representing Canada’s Inuit population, whose ancestral home covers much of the country’s north.

“Part of why we need to be prioritized is because of our health status – and that is a legacy of colonialism and racism,” Obed said.

The government’s prioritization of Canada’s indigenous population, Obed added, “shows that we are on a new path on reconciliation.”