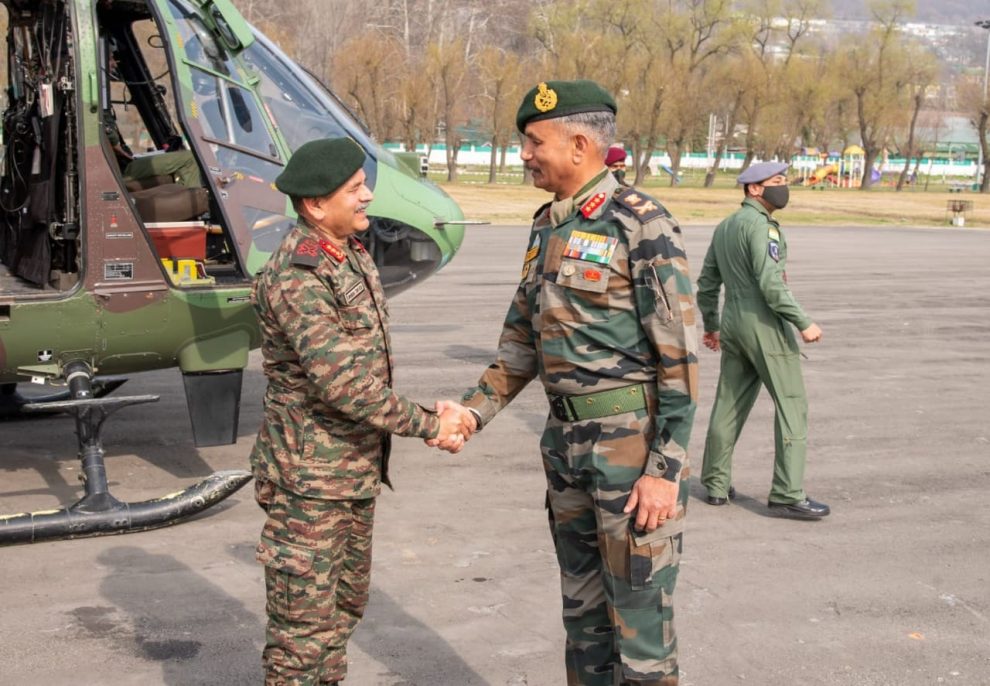 On the second day of his 3-day visit to Kashmir, the army commander visited Rashtriya Rifles formations in the hinterland to review the overall security scenario in the Kashmir Valley, a defence ministry spokesman in a statement said.

The Army Commander also visited a Rashtriya Rifles unit conducting anti-militancy operations.
“He appreciated the recent success in operations where the troops successfully eliminated some hard-core (militants) including Pakistani (militants) with minimal collateral damage and no loss of any civilian life,” he said.

The spokesman said that the Commander reiterated the credo of use of minimum force and just conduct by the soldiers involved in counter militancy operations. “He appreciated the efforts at breaking the cycle of violence for sustainable peace and stability in Kashmir.”

The spokesman said the Army Commander was briefed by Lt Gen DP Pandey, GOC Chinar Corps at the Chinar Corps Headquarters, on the prevalent security situation and “measures instituted to counter adversaries’ design.”

He interacted with the senior officers of the Chinar Corps. He lauded the strong counter-infiltration grid along the Line of Control, the spokesman said.

“For the hinterland, the Army Commander complimented Chinar Corps for the conduct of just operations,” he said, adding, “He was appreciative of the excellent soldier – citizen connect activities, which have resulted in an overall reduction in the (militant) recruitments.” The Army Commander also commended Chinar Corps for the various activities being conducted with the citizens in fields of education, sports, culture and skilling, the spokesman added. (GNS)