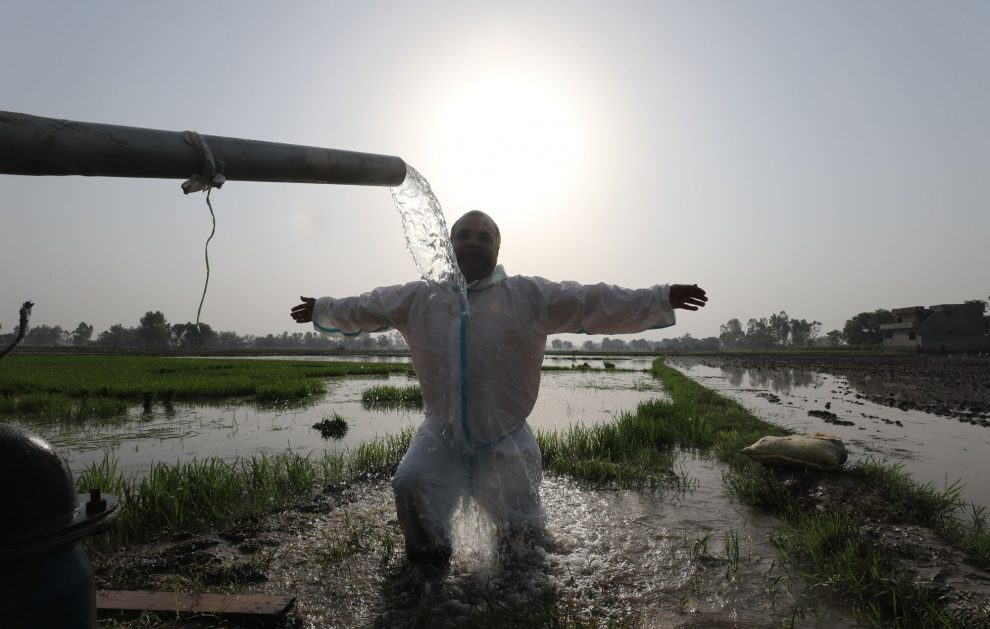 SRINAGAR: The entire north Kashmir in the ensuing month reported a total of 555 positive cases registering a recovery of 985 patients with only three deaths due to the virus.

The three border districts, including Baramulla, Bandipora, and Kupwara in the northern belt of Kashmir witnessed a huge spike in cases with the resurgence of Covid-19 in April and May. Baramulla district remained most affected due to the virus while Bandipora registered the lowest number of cases and deaths compared to Kupwara which remained moderate.

According to the figures available the three border districts in north Kashmir registered a total of 555 COVID-19 positive cases of which 227 were reported in Baramulla followed by 194 in Kupwara and 134 in Bandipora between 1-19 July with a total recovery of 985 patients.

Figures also reveal that the northern belt of Kashmir witnessed the death of only three COVID-19 positive patients in Baramulla district with zero fatality from two other districts.

In much relief for the residents with the intensity of the second Covid wave coming down the districts in north Kashmir successfully registered total recoveries of 985 positive patients while the rising graph of cases has started to come down by a huge margin.

Figures reveal that the Baramulla district reported a total of 227 positive cases and a total of 398 recoveries from the virus from July 1 to 19 July.

Kupwara figures reveal that the district registered a total of 194 positive cases while 385 positive patients recovered from the COVID-19 virus.

In the least affected district Bandipora, the figures reveal that it logged a total of 134 Covid positive cases while a total of 202 patients recovered from the virus successfully.

The figures also reveal that the northern belt has a total of 232 active positive cases of which 100 are in Baramulla and 62 in Kupwara and 70 active cases in Bandipora as of Tuesday.

Compared with the figures of the first week of the month, the entire north Kashmir had reported a total of 221 cases with 408 recoveries and two deaths between July 1 and July 7.

In the ensuing month as evident from the figures, the positivity graph of Covid-19 cases has highly started to come down with which the overall situation has gradually come under control in all the three districts of the northern belt of Kashmir.

Besides positivity and recovery rate, the figures reveal that a total of 887,105 people have been vaccinated against the COVID-19 across north Kashmir of which 4,42,116 are from Baramulla, 1,55,777 from Bandipora, and a total of 2,89,212 from the Kupwara district as of Tuesday.

The authorities in Jammu and Kashmir have started further phased manner unlock with the improvement in Covid situation across the UT. The government also initiated different measures to ensure SOP’s are followed to avoid the possible third wave with the cooperation of public—(KNO)