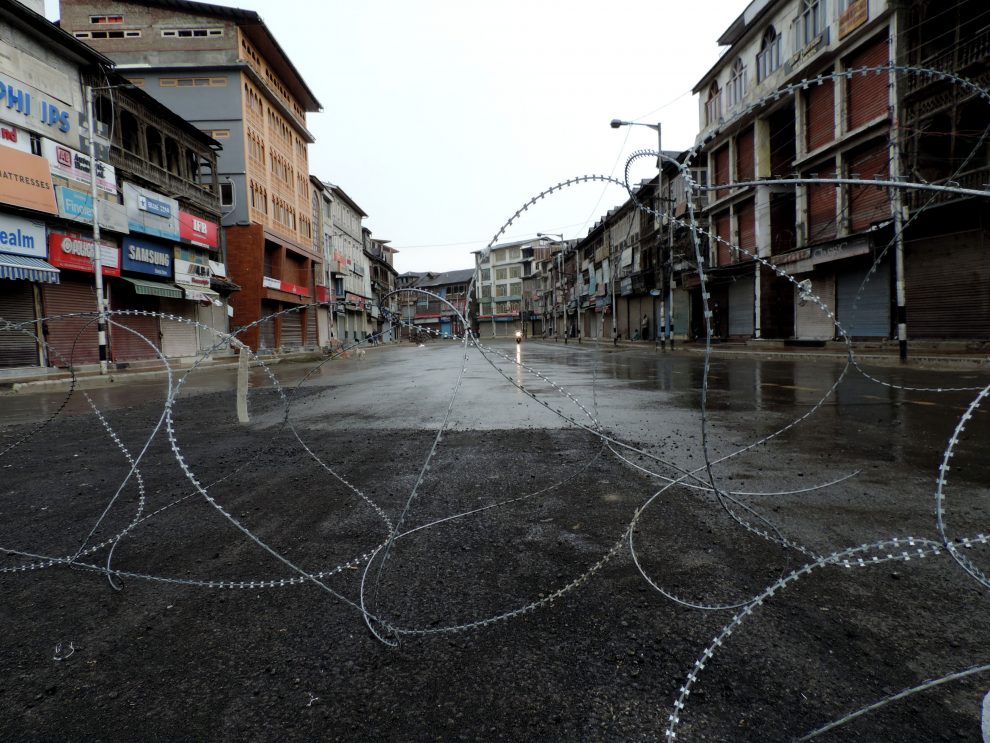 Srinagar: Normal life remained affected in many areas in Jammu and Kashmir on the ninth day on Friday with the imposition of the lockdown in the wake of an alarming surge in coronavirus cases, officials said.

Roads across the valley continued to wear a deserted look as public transport remained off the roads and markets were shut, the officials said.

They said in the wake of the lockdown announced by the government, restrictions on the movement and assembly of people continued to remain in force in many districts of the UT.

The officials said while curfew was in place across the Kashmir valley and in Jammu district, restrictions on the assembly of people were also imposed in many areas of the Jammu division.

The officials said security forces have sealed several roads by putting barricades at many places in the city here as well as in other district headquarters of the valley to prevent the movement of people.

They said while the restrictions were being implemented strictly, essential and emergency services were allowed.

On April 29, the Jammu and Kashmir administration imposed a curfew in 11 districts in a bid to tackle the surge in COVID-19 cases, which was subsequently extended to all the 20 districts the next day.

The curfew, which was supposed to end at 7 am on May 3, was extended in the twin capitals of Jammu and Srinagar besides Budgam and Baramulla till 7 am Thursday.

However, the authorities in the Kashmir valley have now ordered extension in the restrictions till Monday morning in all districts.