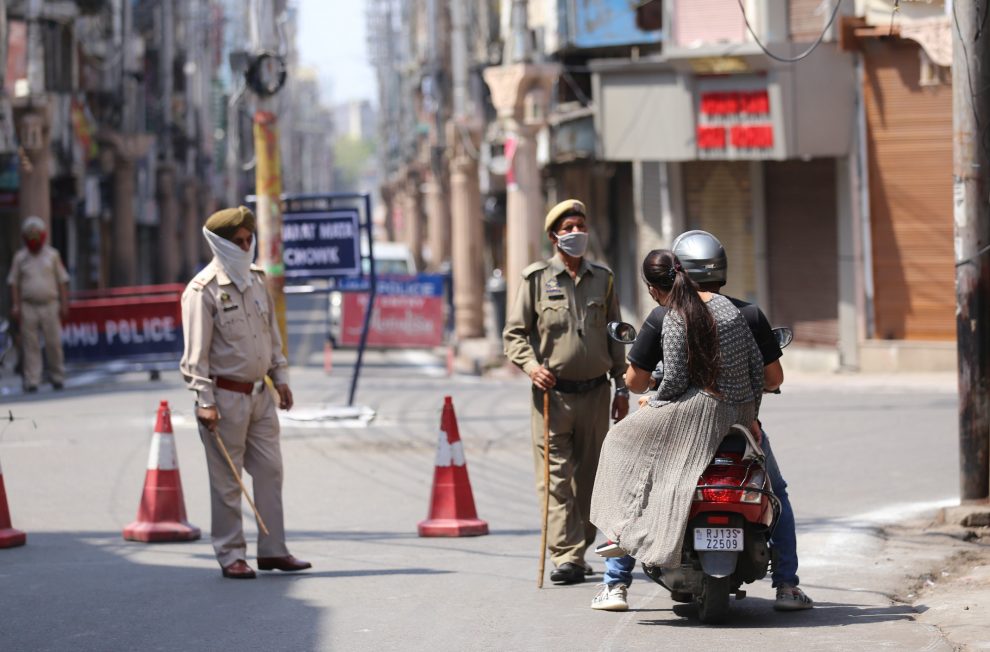 Srinagar: Normal life remained affected in Jammu and Kashmir on Sunday with the imposition of the lockdown in the wake of an alarming surge in coronavirus cases, officials said.

Restrictions on the movement and assembly of people continued to remain imposed across the UT in the wake of the 84-hour lockdown announced by the government,” the officials said.

They said security forces put barricades on roads at many places in the city here as well as in other district headquarters of the Valley and the Jammu region to prevent the movement of people.

The restrictions were being implemented strictly and the people were also cooperating with the administration, the officials said.

However, essential and emergency services are allowed, they added.

The officials said shops, fuel stations and other business establishments were shut across the UT, while public transport was off the roads.

In the rest of the nine districts — Bandipora, Kupwara, Shopian, Rajouri, Poonch, Samba, Doda, Kishtwar and Ramban — the lockdown came into effect at 7 pm on Friday.

However, the government on Saturday announced the extension of the lockdown in four districts — Jammu and three others in the valley — till Thursday morning, the officials said.

They said the ‘Corona Curfew’, which was to end at 7 am on Monday, stands extended till 7 am on Thursday in the four districts of Srinagar, Baramulla, Budgam and Jammu.

The officials said the curfew at night will continue in all municipal /urban local body limits of all the 20 districts of Jammu and Kashmir.

Jammu and Kashmir on Saturday recorded its biggest single-day spike of 3,832 fresh COVID-19 cases, taking the infection tally to 1,79,915, while a record 47 fatalities in the 24-hour-period raised the pandemic toll to 2,330, officials said.