Locusts are basically short-horned grasshoppers which one might have seen in the open field. Normally, these grasshoppers live in harmony with nature and do not pose any major economic threat to human beings. 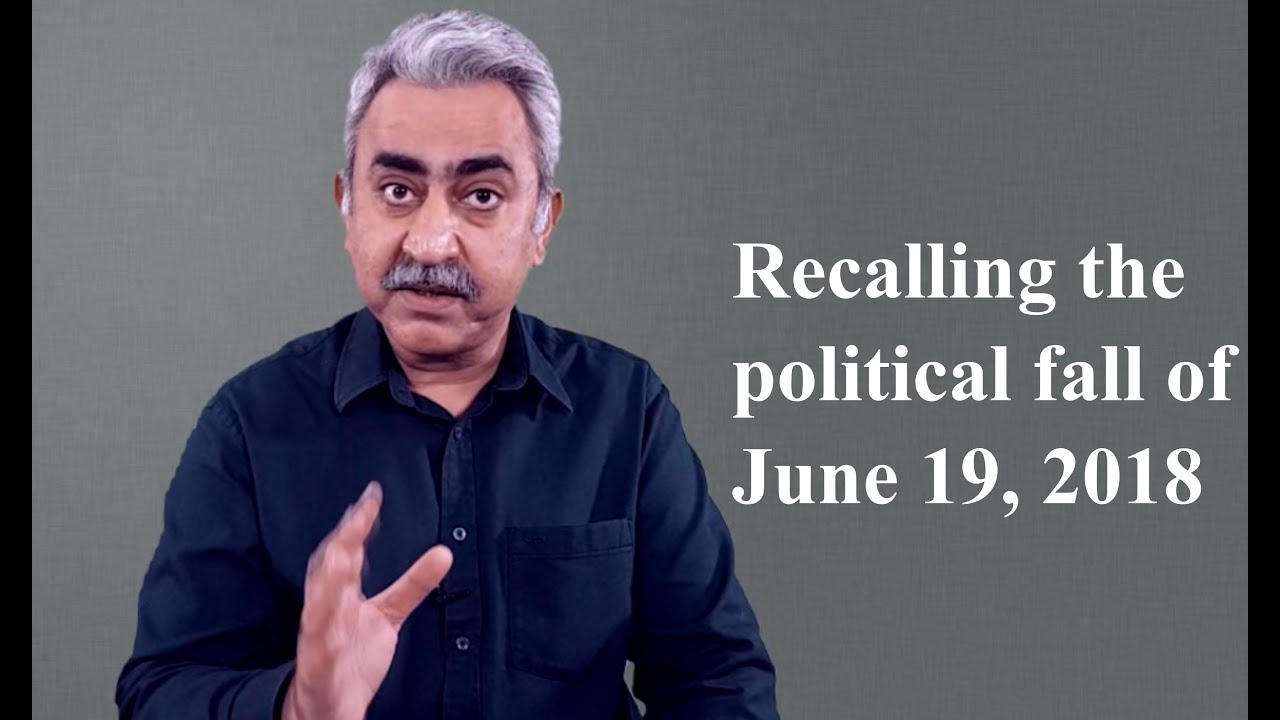 However, human interventions under suitable conditions make them gregarious pests exhibiting swarming phases causing serious damage to crops and vegetation. This Swarming behavior is a response to overcrowding when its number increases to cause economic damage.

This is a behavioral phenomenon due to an increase in serotonin in their brains which causes them to become mutually attracted to each other, becoming gregarious and nomadic resulting in their outbreak. Even if we are able to kill their partial population in a few pockets, the leftover population escaping treatment takes off to rejoin the swarm. 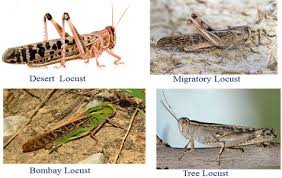 The desert locust is regarded as the most important one in India as well as internationally. Adult desert locust swarms can fly up to 150 km a day with the wind. In the absence of winds, the distance traveled by the adult insects remains lower.

Throughout history, India has remained at risk of a swarm invasion just before the onset of the monsoon. The swarms usually originate in the Horn of Africa after the harvest of summer crops and move onwards through strong southerly winds in mid-October towards Arabian Peninsula entering Iran and Pakistan and then drifts into other parts of western India. In recent years, Pakistan, Baluchistan havebecome new breeding ground for locust.

This year, Locust attack is a matter of concern since, in previous locust plagues, the attacks were mostly restricted to Rajasthan but this year it is fast moving to other states as well.

The pest is currently active in Gujarat, Maharashtra, Uttar Pradesh, and Madhya Pradesh and it is expected to enter Punjab and even Jammu and Kashmir shortly.

Since the past few days, winds are blowing at higher speed, it is expected that the swarming will be at a faster rate and the damage will be higher.

The winds help the pest to minimize the energy spent by the flight muscles thereby consume more food than the normal. Normally, a swarm in a 1 km area eats the food as much as 35000 people can eat but this year it is expected to be higher as under the prevailing circumstances of winds it can eat more and fly passively. A larger swarm that was seen in January 2020, in African countries, is another cause of concern now that it is moving towards Arabian countries and expected to move towards India soon.

The United Nation’s food and agriculture organization (FAO) has warned India that another desert locust invasion is expected to move from East Africa to India and Pakistan next month and could be accompanied by other swarms. Apart from a possible lack of food grains and vegetables, locust attacks on farms will also plunge India into fresh economic trouble. The Indian economy is already on the edge with COVID-19 pandemic and an agrarian crisis due to locust attack will add to the crisis.

At present, the primary method of controlling desert Locust swarms is mechanical and chemical interventions. While mechanical methods such as digging trenches, beating and burning are seldom effective, the chemical measures like baiting – scattering locust food impregnated with insecticide, dusting – applying fine dust impregnated with insecticide, spraying liquid insecticides mainly organophosphate chemicals applied in small concentrated doses (referred to as ultra low volume (ULV) formulation) by vehicle-mounted and aerial sprayers and to a lesser extent by knapsack and hand-held sprayers and hopper bands are not environment friendly.

Fortunately, biological control products like Green Muscle and NOVACRID which are based on a naturally occurring entomopathogenic fungus are available in Australia under the name Green Guard and also in Africa.

However, their speed of killing is very slow. They can be used on a sustainable basis but not for an outbreak. In search of new methods, the efforts are going on to develop anti pheromone compounds against Guaiacol which is one of the main components of the pheromones that cause locust swarming.

In view of above, we must find out the natural way of management. I would therefore strongly advise to use them as a blessing in disguise.

Let’s gain from their attack instead of losing from the same. We must force them to repay the damaging cost they inflict upon us.

However, if we use the method of natural management, we can not only protect the crops from evil effects of chemicals but also take the benefit of food resource available in locust. By doing this, the nutritional benefits can outweigh the negative effects of chemical residues.

For this we have to understand the evolution of swarming behavior in this species. As the name applies, thenatural habitat of grasshoppers is grasslands. However, these grasslands were converted to agriculturefor the large scale monocultures of food crops.

This way their habitat got shrunk forcing them to adapt for survival and led to evolution of strong learning behavior in this species leading the swarms which mostly starts from Africa – the Savannah grasslands towards east causing serious outbreaks in many countries, They swarmin search of food and to escape from their predators, especially reptiles and birds.

In the past year’s findings on grasshopper attack over large areas of Kathua and Jammu, SKUAST-Jammu has concluded that their outbreak is related to declining population of rodents, birds and blister beetles which predate on eggs or mature stages of grasshopper.

This implies that locust is an important component of the food web for many species, including human beings. History speaks volume that locust plagues were an ancient challenge that many communities addressed by turning them into food.

For instance, locusts were subjected to entomophagy in Africa, the Middle East,South Asia, and North America. 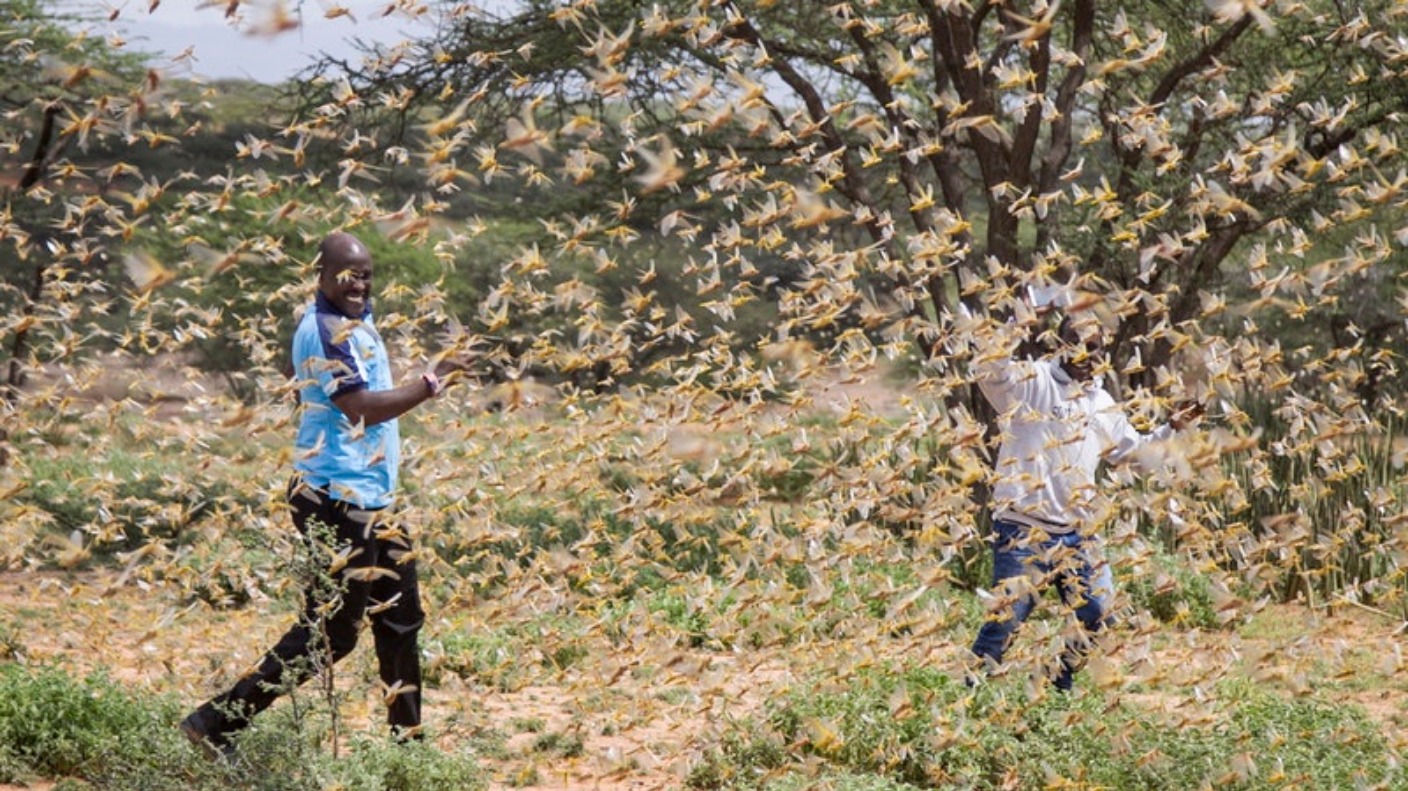 For centuries North-east Indian included locusts, and other insects, in their diets. In view of increasing costs of animal proteins, food and feed insecurity, population growth, and increasing need for protein-rich food in the developed and less developed countries, alternative sources of protein-rich food are highly needed. Insects like locusts have 12 times more protein than other livestock, emit lower levels of greenhouse gases, and have a high feed conversion rate to biomass.

Much attention should therefore be given to their collection and conservation as a mini livestockrather than killing them through insecticides.Considering the economic, nutritional, and ecological advantages of this traditional food source, its promotion deserves more attention both from national governments and assistance programs.

There is no denying the fact that the people in India are less likely to consume them as edible food due to spiritual and feeding perceptions, yet there is a scope for technological innovations to convert the locust biomass into animal food especially fish and poultry. Processing locusts into raw material for compound feed production has been launched in Russia.

The protein rich food can be stored as powder or flakes and sold as feed.For a natural outbreak of locust in India, community campaigns for large scale collectionthrough handpicking, bags, buckets and traps should be organized.

Through appropriate supply chain,they can further be processed into edible feed. In ways like this, we can smartly utilize this locust attack for our own benefit and compensate for the loss that is expected. This would be the most cost effective and environment friendly way of managing this noxious pest.

(The author is Professor (Entomology) at SKUAST-Jammu. He can be reached at [email protected])