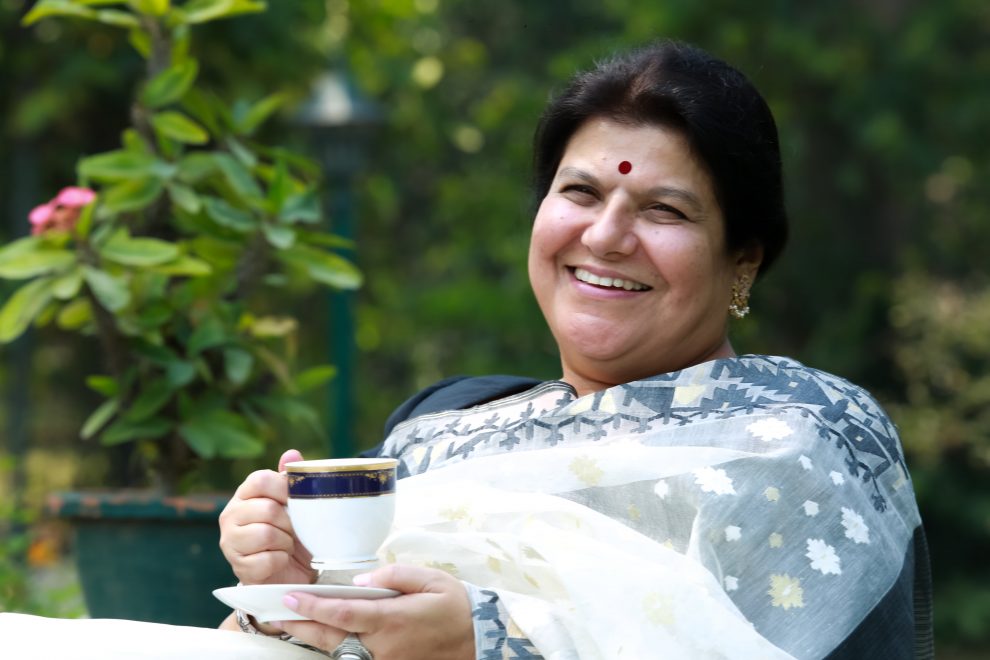 Shanna protested sometimes, ‘We can’t live in mourning forever!’ but her words were met with silent disapproval. Or her mother’s favourite line: ‘You’ll never understand.’

Shanna wanted to rage back, ‘Yes, you’re right, I will never understand. How can I? Then why do you expect me to?’

But she didn’t. She didn’t say it aloud. She knew she didn’t have to. Her mother was going to be in mourning forever. Because, although there had been violence and bloodshed back home and many people they knew had suffered losses in their families, Shanna’s family had been safe. Or so they thought.

As more and more Kashmiri Pandits began to leave the Valley, driven out by the increasing attacks targeted at them, Shanna’s mother began to nag her husband to join the fleeing flood. But her father was so loyal to his land and shop that he insisted on staying. He couldn’t bring his daughter up anywhere else, he said. ‘This is home and always will be,’ he’d said. He assured his wife that their friends and neighbours would always protect them.

So they watched, staying back, saying goodbye to their relatives, to friends, to classmates. Each urging the ones staying on to leave. But Shanna and her family stayed. And watched and cooked meals for those leaving to eat on the bus.

In school, more and more desks began to empty out in classrooms. Shanna, for the first time, began to feel that she was different. The lines, once invisible, began to show up and harden. At first in little ways. Diwali was not celebrated in school anymore. Only Eid. Some girls stopped playing with her, would fall silent if she joined a group. Of course, she still had her loyal friends. And that’s all she needed. Or so she told herself.

Meanwhile, more and more Pandits were leaving. Eventually, the crush at the bus station became a flood of fleeing humanity. Shanna and her mother went to see off her relatives. There was weeping and wailing. Pushing and shoving. Shanna got separated from her mother and almost got swept into a bus whose engines were revving already, dying to leave.

There had been a fight between her parents that night. Her mother was distraught, feeling so vulnerable and left behind. ‘We are the only ones, the only ones left.’ Her father’s ‘We have our friends, they will not let us down’ did not go down well. And dinner was a meal scraped together from leftovers that night as her mother curled up in bed, weeping.

This became a regular occurrence. Made no better by Shanna’s grandparents who were calling every few days, urging them to join the fleeing flood of Hindus from Kashmir. They had left some years ago, when the troubles first began in the Valley. They had been advising their daughter’s family to join them in the plains since then.

‘It’s not as lovely as Kashmir, but then, at least it’s safe,’ became a constant refrain. It was chipping away at the peace in her home and made Shanna resent her grandparents. She too wanted to stay, but mostly kept her opinion to herself. Years passed, without much let up in the violence. The Valley, had, by now, emptied itself of all the Kashmiri Pandit families they knew and most of those they did not.

And Huma, Shanna’s best friend repeated the same words, ‘Nothing will happen, you’re one of us.’ There were moments when Shanna didn’t feel ‘one of us’— she felt like one of ‘them’.

‘Nothing will happen’ became Huma’s favourite phrase. And it was echoed by Shanna’s father. Almost like a ritual, he began to say it day and night. As though, if he said it often enough, it would hold true.

But then something did happen. So suddenly. Like smoke, a wisp, that rises and floats away, taking its very presence with it. Shanna hoped that it was her father’s spirit that rose straight up towards the skies. She hoped he had not suffered too much when he stayed in his beloved shop while it burned down to ashes. She hoped that her father’s soul had quickly found a new body, a peaceful body, in a peaceful place where bombs and grenades did not make up the background orchestra. She hoped, because she needed to hope. There was only hope now. There had been no body left to cremate. So they cremated a photograph, a formal one of him dressed up in a suit. It didn’t look like him, not really. So Shanna hoped that he was already taking birth elsewhere. And, secretly, she hoped that she would meet him again. And know him. And that he would recognize her. There was so much she should have said. Maybe she would still have the chance. For now, she nourished her soul with hope.

‘So you got your wish after all,’ she wanted to say to her mother as they packed their few belongings and bundled into a bus to make the crossing. But she didn’t. She knew that this is not what her mother had wanted. Not like this. She held her tongue as they jolted to a new city, a new home, a new life. In search of peace, or at least the security of silence.

But Shanna had not wept. There weren’t too many friends to say goodbye to. Most of them had already left. And those who were still here would never leave. They were going to take over her house, and what had been her life so far. They weren’t friends anyhow. At least, they weren’t friends now, though they had been once. Friendships had been split down the middle. Like curdled milk. You were either on one side or another. You couldn’t be on both. No one was.

Shanna raged at the injustice that one side could stay and the other must leave. Who were they to decide that it was her side that must go? But she held her tongue as she held on to the little bundle of her father’s clothes and seethed silently in her heart.

She thought she saw Huma racing down the slope towards the bus stop. Shanna’s first instinct was to shout out a hello. Or at least a goodbye. But she turned away. As far as she was concerned, Huma was a friend no more. Their friendship had died along with her father.

Her father. Had died.

Shanna shut her eyes to stop the hot tears falling. This cursed place did not deserve her tears.

As the bus turned the final bend at the Banihaal Pass, a wail went up. They were homeless refugees now. It had been decided who could stay and who must leave and they had landed on the wrong side. The side of leaving.

Excerpted with permission from Nomad’s Land, Paro Anand, Talking Cub, the Children’s Imprint of Speaking Tiger. Read more about the book here and buy it here.

Join The Dispatch Whatsapp Group to stay updated
The Dispatch is present across a number of social media platforms. Subscribe to our YouTube channel for exciting videos; join us on Facebook, Intagram and Twitter for quick updates and discussions. We are also available on the Telegram. Follow us on Pinterest for thousands of pictures and graphics. We care to respond to text messages on WhatsApp at 8082480136 [No calls accepted]. To contribute an article or pitch a story idea, write to us at [email protected] |Click to know more about The Dispatch, our standards and policies
TagsNomad's Land Paro Anand Speaking Tiger Publishers Talking Cub