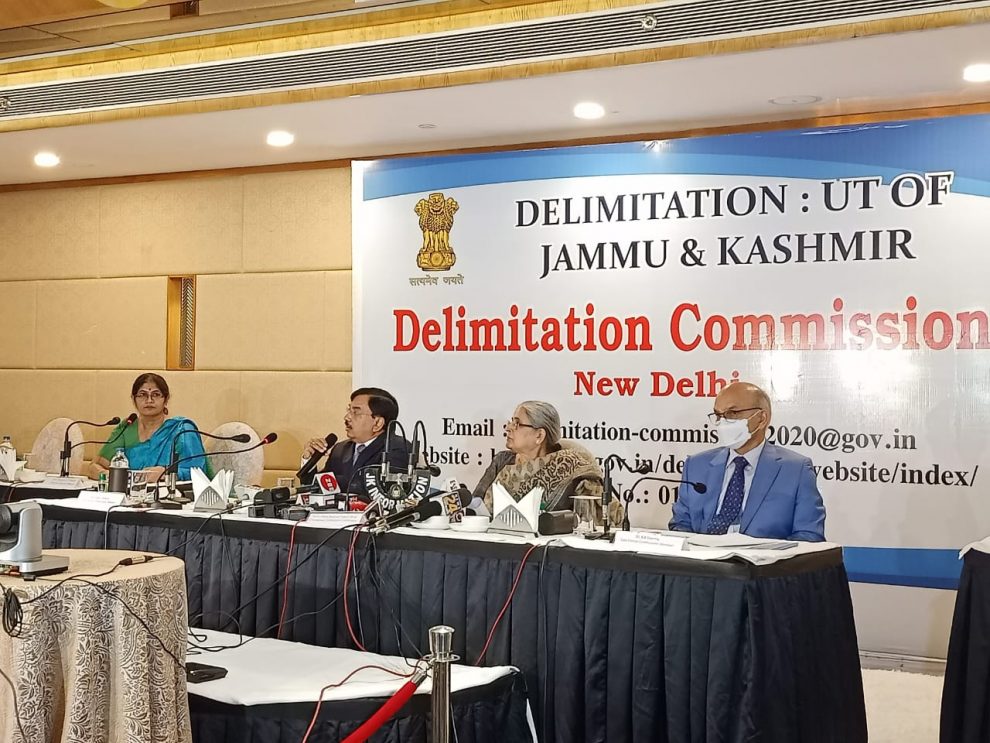 SRINAGAR: Jammu and Kashmir government has nominated Nodal Officers with the Delimitation Commission at district level for providing timely information as may be sought by the panel.

One officer each has been nominated in all the districts and they have been tasked, besides providing the information, to receive representations from stakeholders for submission to the Commission and any other work as may be assigned by the constitutional body, according to government orders.

On Friday, the Delimitation Commission headed by Justice (retd) Ranjana Prakash Desai concluded a 4-day visit to J&K to gather “first hand” inputs on the conduct of the exercise to redraw constituencies and carve out new ones in the J&K.

Except for Peoples Democratic Party, coalition partners of BJP in the last elected government of the erstwhile J&K, and Awami National Conference, the Commission interacted with all political parties and concerned officials during the 4-day visit.

Commission’s Head Justice (retired) Ranjana Prakash Desai has assured that the exercise would be transparent and it would complete by following due process as laid down in the law.

“As far Delimitation Commission, we have been overwhelmed by the various stakeholders by participation in large numbers. We have taken note of their suggestions, their view and we will consider them,” she had said addressing the reporters at Jammu. “As you know, delimitation is constitutional mandate exercise and we have been collectively tasked with the onorous work which we are confident of completing after following due process as laid down in the law,” she had said as per GNS, adding, “This is our first visit to the UT and I assure you that it is not our last. We have to come again to interact with many more people.”

Terming the “process of consideration” as a complex exercise, she said that commission “will take all necessary steps continue its engagement.”

About the PDP’s allegation that delimitation was already a pre-planned exercise, and the final report was already ready, commission head Justice (retired) Desai said she assures that the exercise will be transparent in nature and there should be no fears and doubts. (GNS)

Lecturer among two die of cardiac arrest in Kulgam
“The Lost Fragrance of Infinity”: Moin Mir’s historical novel glows with the essence of Sufism
Comment