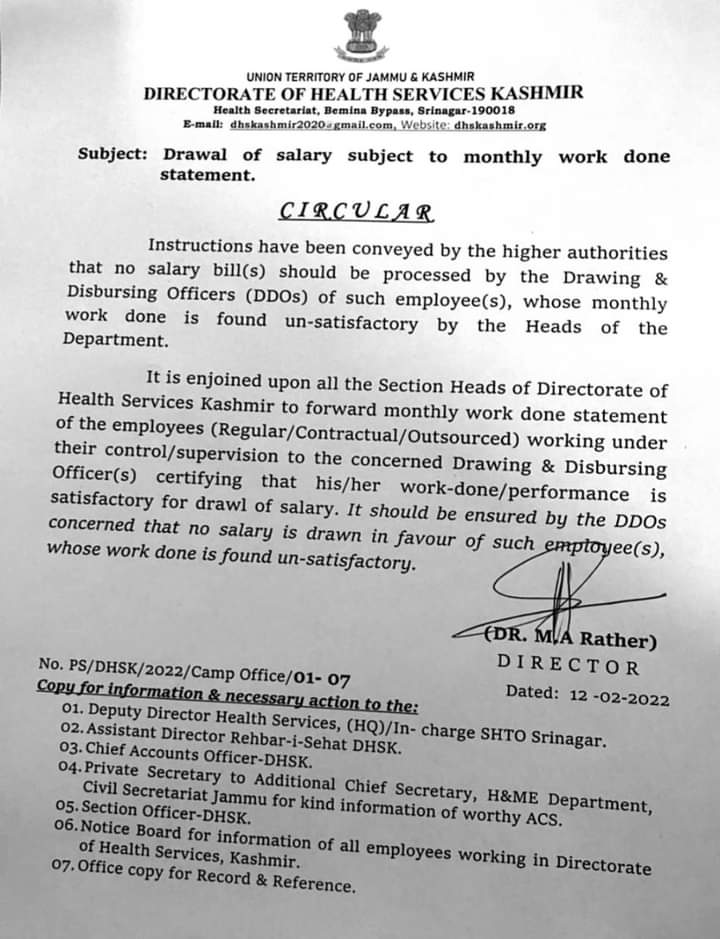 SRINAGAR: The Directorate of Health Services has said that no salary will be processed by the officers of such employees whose monthly work done is found unsatisfactory by the head of the departments.

A circular in this regard has been issued by the Director of Health Services Kashmir Dr M A Rather, a copy of which lies with The Dispatch.

Instructions have been conveyed by the higher authorities that no salary bill(s) should be processed by the Drawing & Disbursing Officers (DD0s) of such employee(s), whose monthly work done is found un-satisfactory by the Heads of the Department, it reads.

“It is enjoined upon all the Section Heads of Directorate of Health Services Kashmir to forward monthly work done statement of the employees (Regu(ar/Contractual/Outsourced) working under their control/supervision to the concerned Drawing & Disbursing Officer(s) certifying that his/her work-done/performance is satisfactory for drawl of salary”, it added.

“It should be ensured by the DDOs concerned that no salary is drawn in the favour of such employees, whose work done is found un-satisfactory”, it added.