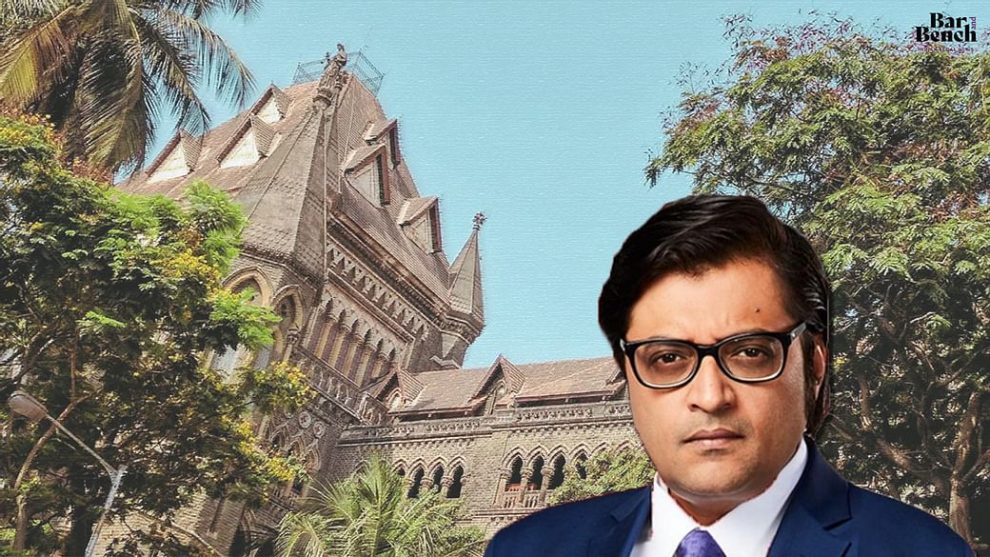 The Bombay High Court refused to grant interim relief to Republic TV Editor-in-Chief Arnab Goswami in connection with a 2018 suicide case and directed him to approach a lower court to seek bail.

A division bench of Justice SS Shinde and Justice MS Karnik observed that no case is made out to exercise the extraordinary jurisdiction of the High Court. Earlier today, Goswami had filed a bail before a Raigad Sessions court.

The High Court also rejected the bail applications of two other persons accused in the death case of interior designer Anvay Naik, who allegedly died by suicide in Alibaug in May 2018. A suicide note purportedly written by Naik alleged that Goswami had not paid him his dues.

The Bombay High Court had on November 7 reserved its order on Arnab Goswami’s plea challenging his arrest and seeking relief in the matter.

Last week, Goswami and two others were in connection with the case. He, along with the other two accused, was sent to 14-day judicial custody by a lower court later that day.

Goswami had alleged that he along with his mother-in-law, father-in-law, son and wife were physically assaulted by the officers of the Mumbai Police, who entered Goswami’s residence, to arrest him at the early hours of November 4.

The suicide case, in which a closure report was filed in 2019, was reopened after Naik’s wife Akshata approached a court. In September this year, Maharashtra Home Minister Anil Deshmukh had ordered a re-investigation into the case after a fresh complaint by Naik’s daughter.