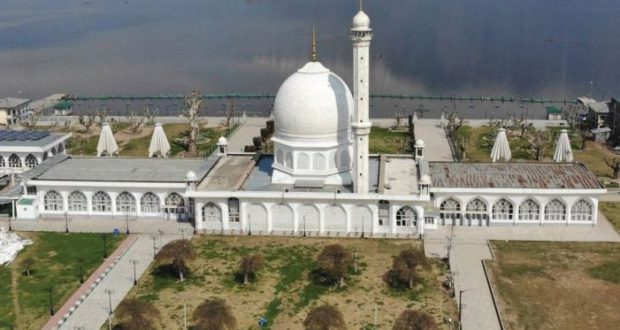 However, prayers were held in local mosques, particularly in the interior areas, in Srinagar and other parts of the valley.

The Wakf board has announced suspension of all prayers in 133 shrines and other religious places while the management of Jamia Masjid too announced that no prayers would be held in the worship place to prevent spread of COVID-19.

The Muttahida Majlis-e-Ulema (MMU) had urged Union Territory (UT) government to allow  prayers in shrines, Jamia Masjids and other holy places in the Jammu and Kashmir from today.

The MMU, an amalgam of over 20 religious organizations, headed by incarcerated Mirwaiz Moulvi Farooq, has urged government to allow Friday and other prayers in shrines and mosques before the Eid-ul-Azha.

The Jamia masjid in the down town remained closed though Jamia market was open. No prayers were held in the masjid to prevent spread of covid. No prayers were also held in other main shrines in the valley though the number of positive corona cases have witnessed considerable drop.

However, the MMU questioned continued suspension of prayers in shrines and main mosques in the valley, when government has now allowed functioning of markets, shopping malls, restaurants and hotels besides gardens and parks following improvement in the corona positive cases.