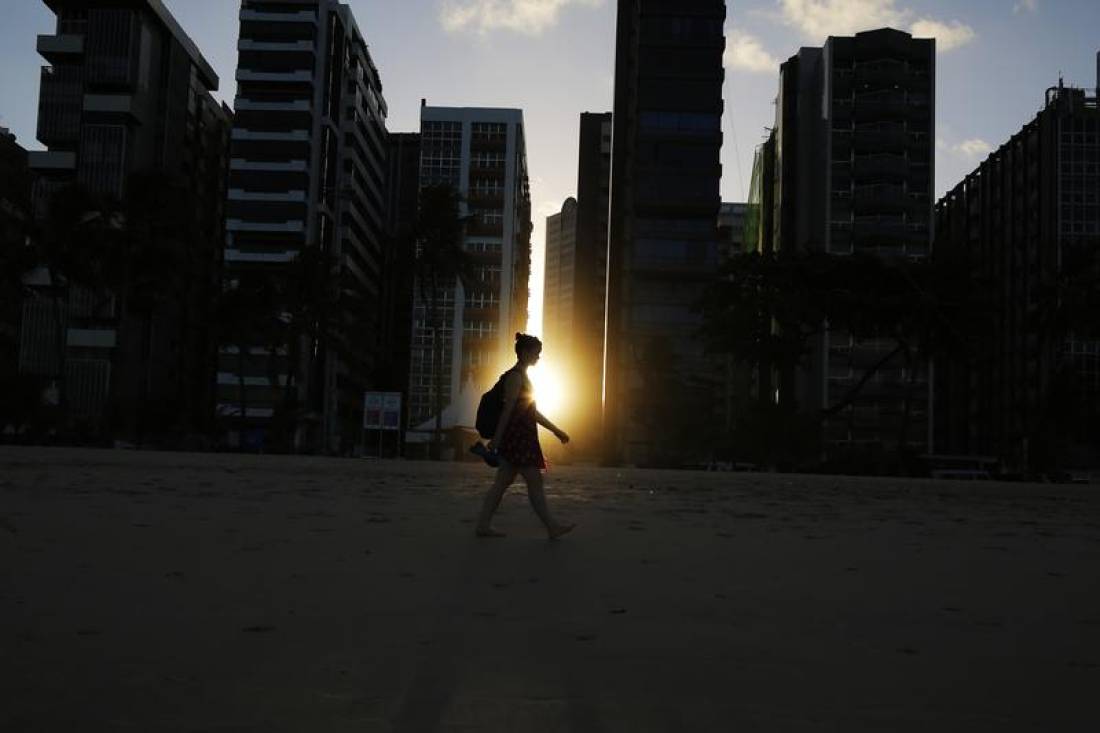 RIO DE JANEIRO: Whenever Elisa goes out in her small town in northeastern Brazil, she fears seeing the family she once considered her own.

After almost three decades of domestic work with no pay and little freedom, Elisa realized she was a slave and plotted to escape the household where she had lived since the age of seven.

The 38-year-old was rescued in 2018 after alerting the authorities and has started to build a new life. But a reminder of her captivity, fear and exploitation is never too far away.

“Every now and then I see the family,” she told the Thomson Reuters Foundation by phone from her home in Ipira town in Bahia state. The family told officials they took Elisa in as a child after she was abandoned by her parents when they separated.

“It is kind of a horrible, difficult feeling,” added Elisa, who did not give her real name for fear of reprisals. “There’s a sense of fear, even though they can’t do anything to me.”

Elisa’s rescue was a rare victory for labor officials, who said domestic servitude in Brazil is difficult to identify and stop because victims rarely see themselves as modern-day slaves.

While labor inspectors can visit workplaces at will to check for slavery, they must obtain permission from a judge to enter a home and said evidence of abuse from victims was a prerequisite.

“It is very rare to receive complaints (about domestic servitude) … as most (victims) never realize they are being abused,” said labor prosecutor Ana Lucia Stumpf Gonzalez.

And advocates fear the coronavirus pandemic will see more domestic workers trapped with abusive employers indefinitely yet unlikely to speak out or seek help for fear of losing their job.

Even when victims are rescued and their captors prosecuted or fined, officials said relatively low compensation payments for domestic servitude and the rarity of jail terms for modern slavery meant exploitative bosses were unlikely to be deterred.

Yet domestic servitude hit the headlines in Brazil in June when authorities found a 61-year-old maid who they judged to have been kept as a slave in a mansion in Sao Paulo for years.

The case shocked the public – she was found living in a shed, and her boss worked for Avon. The beauty company fired the executive and said it would provide financial aid to the victim.

The ex-Avon employee, who along with her husband and mother was charged with enslaving a worker, has denied the charges. Prosecutors are seeking R$1 million ($190,000) in damages.

While there is no data on domestic servitude, government data from 2014 shows about 174,000 children were employed as domestic workers. By law, domestic workers must be at least 18.

Many families in Brazil employ at least one domestic worker. In some cases, they take in abandoned children to raise as their own but subject them to domestic servitude, advocates say.

Labor prosecutor Luciana Coutinho said the abuse of young maids was underreported, and that it belonged to a “hardcore” class of child labor – along with sexual exploitation and drug trafficking – that was considered particularly tough to prevent.

Cases only come to light when there is a complaint or a tragedy, “when the child suffers sexual abuse, is beaten or killed, which has unfortunately happened before”, Coutinho said.

If victims are not identified and rescued at a young age, they might never be discovered as adults, labor inspectors said.

“The longer the victim remains in the home environment with deprivation of … rights, the more difficult it is to (carry out a) rescue,” said Mauricio Krepsky, head of the Division of Inspection for the Eradication of Slave Labor.

In 2017, authorities received a tip-off about a domestic worker kept as a slave in Rubim, a town in Minas Gerais state.

The woman, then aged 68, had not been paid for years and her dead husband’s pension was being taken by her boss. Yet she struggled to accept she had been enslaved even after her rescue,

according to labor prosecutor Juliane Mombelli who participated in the rescue.

“She thought that she was being protected by the employer, because she was alone in the world – a widow,” Mombelli said.

Since the COVID-19 pandemic, the federation of unions for domestic workers (Fenatrad) said some employers had forced their maids to stay and threatened to fire them if they went home.

“The employer wants them to stay at work, it’s abuse. In order not to be unemployed, they submit,” said Luiza Batista, president of Fenatrad.

Authorities and activists say securing compensation is key to helping victims who in many cases have only ever known a life of domestic servitude, and have no education, family or friends.

Yet labor prosecutors said they were limited by the financial means of the abusers when seeking damages for victims.

However he did not show up at the hearing to finalize the payment, leaving the victim empty-handed, according to a labor inspector’s report reviewed by the Thomson Reuters Foundation.

In Elisa’s case, she was pleased to get about R$100,000 ($18,452) in damages, severance and back pay from her bosses, although labor prosecutors said she would have received a much larger sum if she had been exploited by wealthy employers or a company.

The money has allowed Elisa to buy her own house – a far cry from when all of her possessions fit into two desk drawers. She still cleans houses for a living, but on her own terms and takes home about R$35 ($6.54) a day – in line with the minimum wage.

“It’s a lot of work for little money, but enough to pay for electricity, water and food,” she said. “You live one day at a time. One thing I’d like to do is study, to get a better job.”