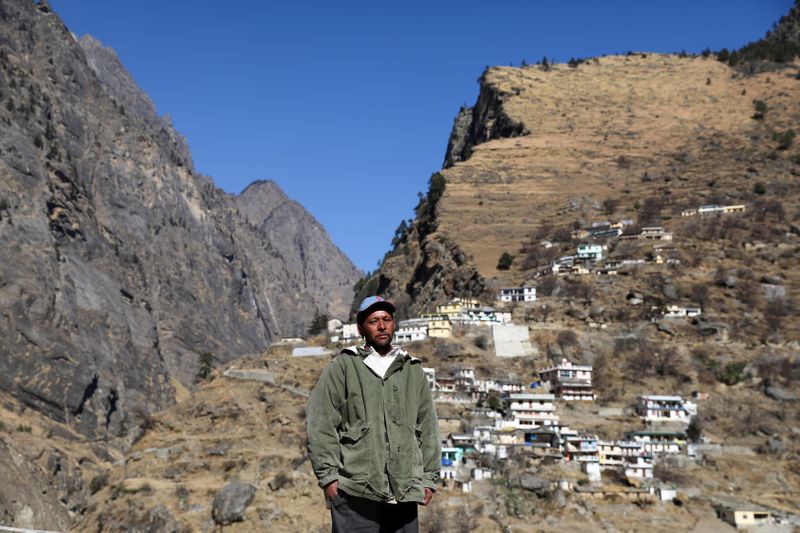 RAINI, India: Growing up in a remote tribal village high in the Indian Himalayas, Kundan Singh loved to play on a field by the sparkling Rishiganga river.

The 48-year-old recalls afternoons there competing in sports tournaments, surrounded by forests of pine.

Fifteen years ago, bulldozers descended on Raini village to build a dam, part of a push by India to increase hydroelectric power. The field was lost, and villagers have been in conflict with the Rishiganga Hydropower Project ever since.

The dam was swept away two weeks ago in a flash flood that also smashed bridges and another hydroelectric power station in the Dhauliganga river valley of Uttarakhand state, leaving over 200 feared dead.

Whatever the role of climate change, which is rapidly heating the world’s highest mountains, experts say rampant construction is adding to the burden weighing on rural communities across the Himalayas.

This building boom is creating conflict across the region, as shown by interviews with nearly two dozen Raini villagers, legal and technical documents, satellite imagery and photographs, and correspondence with local officials, some of it not previously reported.

“We wrote letters, we protested, we went to court, we did everything,” Singh said. “But no one heard us.”

The 150 villagers are members of the Bhutia tribe of historically nomadic shepherds from Tibet, some of whom settled in India after a 1962 war with China closed the border.

Granted protected status with government quotas for jobs and education, many nonetheless live in poverty in the mountainous state, labouring on roads and construction sites, weaving woollen rugs and growing potatoes and pulses on small plots around a bend in the river.

Villagers were initially enthusiastic at the prospect of a power plant that promised jobs, according to court documents, the project’s impact assessment and minutes of a 2006 meeting between village leaders and representatives of the dam.

But the jobs did not come, Singh and other locals said. Those who managed to find work on the dam clashed with the owners over unpaid wages and alleged construction violations, according to court documents.

A paint company from Punjab controlled the dam during initial construction. It has not filed accounts since 2015, and its current directors could not be reached for comment. The project entered bankruptcy before being bought by the Kundan Group in 2018, and finally started operations last year. Executives at the conglomerate did not respond to calls and emails seeking comment.

As India seeks to nearly double its hydropower capacity by 2030, construction of dams in the region is increasingly leading to disagreements between plant owners and locals, said Himanshu Thakkar, coordinator of the South Asia Network on Dams, Rivers and People, which has studied the conflicts.

“It happens with many projects,” he said. “People want to resist and oppose, but project developers… will always make promises of employment and development.”

In the Alaknanda basin, a cluster of streams that feeds the Ganges river – worshipped as a god by many Hindus – six hydroelectric dams have been constructed, according to Thakkar’s nonprofit. Eight more, including the Tapovan dam that was severely damaged in the Feb. 7 floods, are under construction, while a further 24 have been proposed.

A spokeswoman for India’s power ministry said the country has strict measures in place regarding the planning of hydropower projects and the rights of local people are always considered.

During the dam’s construction, blasts from explosives were frequent, according to interviews with about 20 residents and court documents.

The use of explosives in construction in the region was criticised after devastating floods in Uttarakhand in 2013, dubbed a “Himalayan tsunami” that claimed some 6,000 lives.

In 2019, Singh and his brother took a two-day bus journey to meet with lawyer Abhijay Negi, who recalled them arriving with a bundle of muddy banknotes collected from other residents as payment.

“Please help us save our village,” Singh told him.

Negi helped the men file a case against the Kundan Group unit operating the dam, alleging construction had left behind loose rubble and rocks, according to photographs and diagrams submitted as evidence.

Uttarakhand’s top court ruled there was evidence of “substantial damage” to the area that suggested explosives were being used for illegal mining, though it did not rule on when the damage occurred. The court ordered a local investigation, but it is not clear if this has happened and officials involved could not be reached.

High up on the mountain, almost all the Raini residents survived the floods. But Singh said the disaster has left many dreaming of escape.