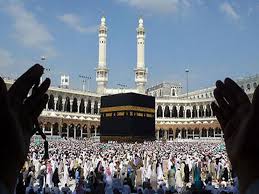 Srinagar, Mar 04: The Jammu and Kashmir Union Territory administration is yet to announce the mandatory vaccination for the Haj pilgrims in the ensuing year while the officials of concerned quarters stated pilgrims going for Haj will have to first get a jab before leaving J&K.

Taking the COVID-19 vaccine shot has been made compulsory for those arriving in Saudi Arabia to perform the Hajj this year. People who don’t comply with the rule will not be allowed to perform Hajj.

Talking to the news agency, the top administrative officials said that the higher-ups have not issued any specific guidelines for the pilgrims from Jammu and Kashmir but most probably notification will be out soon that since no one will be allowed to move out without getting the anti-COVID-19 jab within the UT which is mandatory for the resumption of normal activities.

Dr. Salam said that there is no communication from their end soon as “we get any call preparations will be made.”

“Vaccination will be done here first before allowing Haj pilgrims to proceed on the journey,” he said.

He informed that new pilgrims will be going to perform Hajj and already 8, 000 forms have been received.  “The vaccination will start soon,” he said.

The state immunization officer Dr. Qazi Haroon while talking to KNO echoed similar views and stated that no guidelines have been issued by the administration as of now.

“There are no specific guidelines for the Pilgrims as of now but it’s expected to be announced in coming days since the vaccination is important for all the individuals,” Dr. Haroon said.

Notably, the Jammu and Kashmir government has recently started the second phase of vaccination after the successful completion of the first phase covering all the frontline workers including the security forces who remained more exposed to the deadly virus.