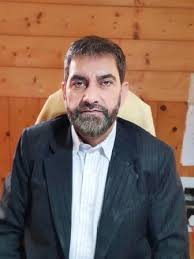 Srinagar, Jan 21: Denying the curtailment in ration quota, Department of Food, Civil Supplies and Consumer Affairs (FCS&CA) said that the ration has been issued to stores as per the Adhaar enrolment.

Director Food, Civil Supplies and Consumer Affairs Bashir Ahmad while speaking to news agency—said that they are distributing ration to stores as per the Adhaar enrolment. “If there is less submission of Adhaar in any store, the ration will be sent according to that only. By this, we want transparency in the system,” he said.

“There is nothing like curtailment of ration, it is just a fraction of population who have not submitted their Adhaar cards, we are getting the ration as per the Adhaar enrolment, and to make it more transparent people who have their Adhaar submitted can get their ration quota by using POS”, he said.

Earlier after the directive from the department for not issuing the ration to the people who had not submitted the Adhaar cards, employees from the department alleged that field staff is unable to confront the general public due to vague orders issued by the government.

Jammu and Kashmir Food and Supplies Employees Association (JKFSEA) President Riyaz Ahmed Sofi while speaking with local news agency said, ” Department  has ordered store-keepers not to supply ration to those who are without Adhaar cards but at the same time it is not making any announcement.”

“The Department has deleted 1.25 lakh consumers from its web portal just because they have no Adhaar cards,” he said. “It is storekeepers and field staff who have to face people and they can’t confront everyone,” he said.

Sofi said most of the storekeepers and fair price shop dealers have locked their stores, in fear of facing public wrath. “The major impact of ration curtailment is hitting District Srinagar,” Sofi said.