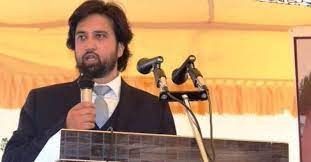 An official told that 12 councillors of Municipal Council Baramulla moved the no-confidence motion against the incumbent president Towseef Ahmad Raina.

“It is pertinent to mention that since the last year major funds lapsed due to the inefficiency of the president. So we the majority of elected councillors are of the opinion that we want to replace the said post with some another elected councillor as per the J&K municipal act 2000,” 11 councillors mentioned in the no-confidence motion copy.