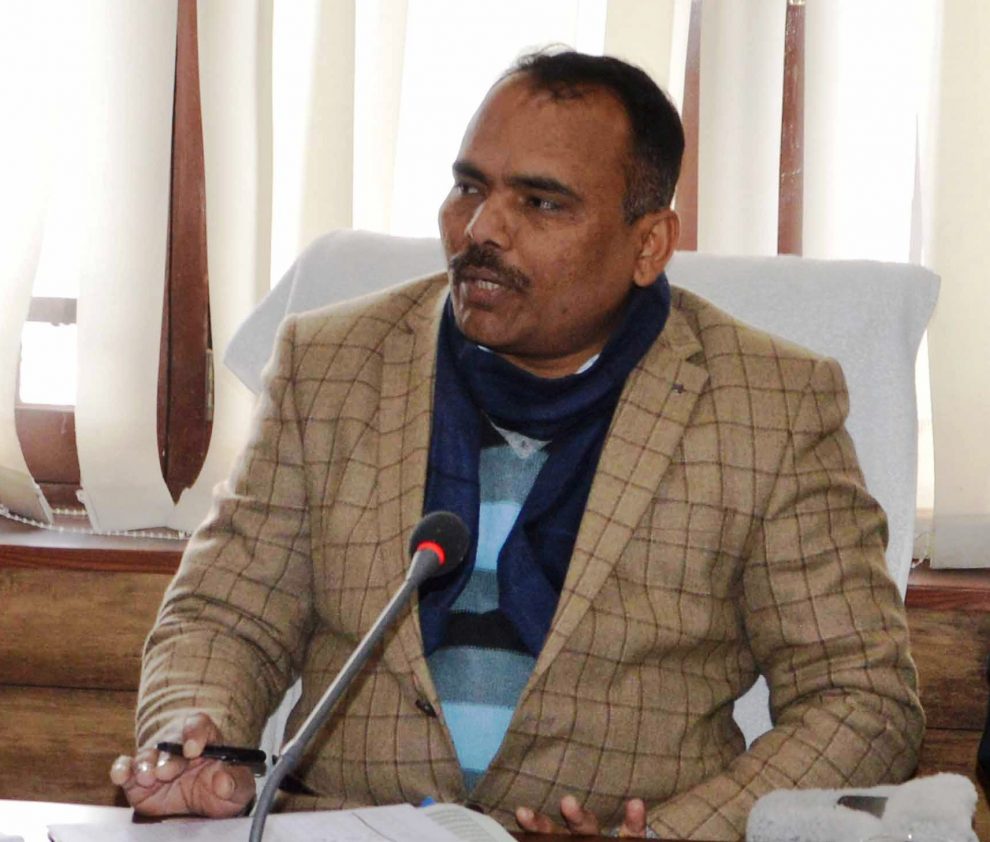 SRINAGAR:, the Divisional Commissioner of Kashmir Tuesday said that no big religious gatherings will be allowed across the valley be it Amarnath Yatra or Eid prayers and people must follow required measures to beat the intensity of virus.

The Divisional Commissioner Kashmir PK Pole Tuesday visited the border district Kupwara and reviewed the Covid-19 and vaccination situation in the district. He also visited Handwara along with other officials.

Talking to reporters on the sidelines of his visit, said that the authorities are well prepared for the possible third wave of COVID-19 but a lot depends on people as well as how much they would allow it to affect them.

He said that Oxygen plants are being installed at the district and sub-district hospitals across the Kashmir valley.

“Initially only 20 hospitals had oxygen plants available but today 45 hospitals have the facility and by 15 August 20-25 more hospitals will be added,” Pole said.

He said that every panchayat has a Covid-19 care center where people are being trained.

“Our preparations are underway but what matter is the public response as to how they manage to keep it under control since wearing a mask and sanitizing the hands are vital tools to beat the intensity of the third wave,” Pole said.

Citing an example about the importance and effectiveness of vaccine, Pole said that ahead of the 2nd wave, 95 percent of the policemen were vaccinated against the virus and only 10 percent of them tested positive compared to the positivity graph of 1st wave while only two have died due to the virus so far.

“We can face 3rd wave by following Covid appropriate behavior like the way we have set of clothing similarly this virus has given us mask and has universalized it making it part of our habit,” he said.

He said that large-scale congressional prayers won’t be allowed and people must pray from their homes in a decentralized manner to avoid the upcoming challenges.

About the dearth of officers in district Kupwara, the Divisional Commissioner Kashmir said that he was conveyed by the concerned Deputy Commissioner about the additional charges given to the officials from different districts of various departments.

“I have told that if these officers have been given the charge on the directorate level they will be relieved in the working days of the ensuing week and at the secretariat level the matter will be discussed with the concerned administrative secretary,” he said.

He said that he has reviewed the Covid situation in the district and the status of the vaccination since the areas are located in remote places covered by forests there are challenges as well besides the availability of doses.

He informed that the vaccination has reached nearly 75 percent of people over 45 years of age while around 22 percent for those below 45 years.

“In coming days 100 percent target will be achieved of those above 45 and it may take extra 15 days to achieve the target of at least 75 percent for those below 45-years-old,” he said—(KNO)