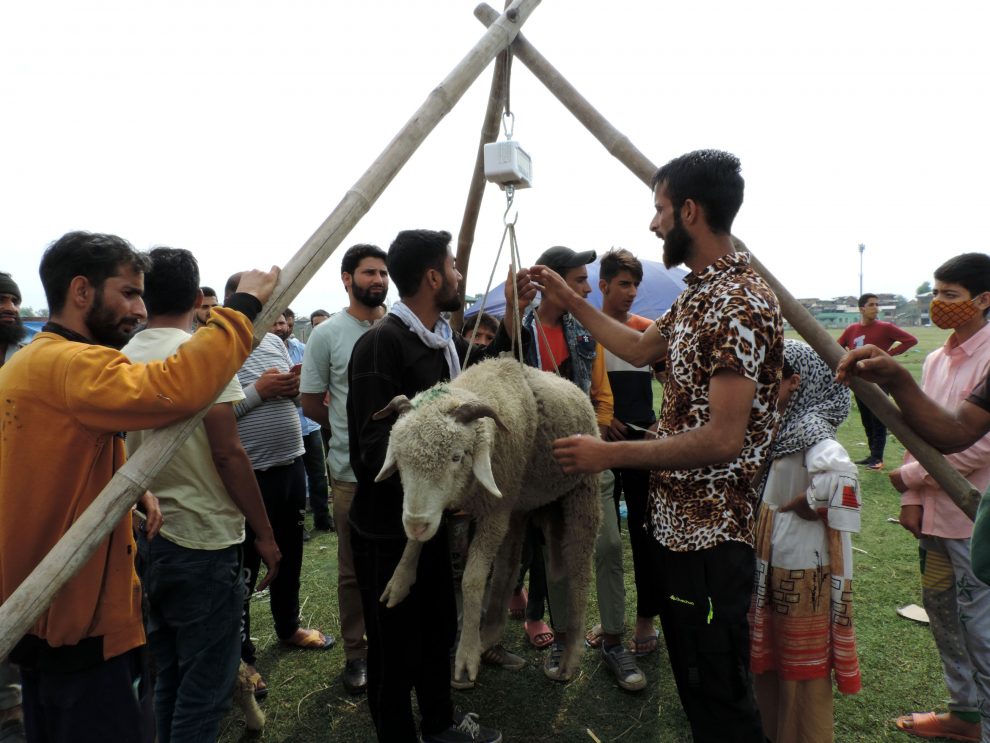 Jammu: Authorities in Jammu and Kashmir on Friday clarified that there is no ban on animal sacrifices ahead of the Eid al-Adha festival next week and that a letter citing animal welfare laws a day earlier with reference to the festival was misinterpreted.

“It was not an order. It was a letter from the Animal Welfare Board that has been referred to concerned departments (on preventing cruelty towards animals). The letter has been interpreted in a wrong way by people… there is no ban on any sacrifice on the occasion of Eid….” said GL Sharma, director (planning), animal, sheep husbandry, and fisheries department.

Muslims sacrifice livestock to commemorate Prophet Abraham’s test of faith on Eid al-Adha. A portion of the meat of the sacrificed animals is distributed among the poor over the three-day-long festival.

Slaughtering cows and beef-eating is illegal or restricted across many states in India.

In a communique on Thursday night, Sharma said a large number of sacrificial animals were likely to be slaughtered in Jammu & Kashmir during the festival scheduled from July 21-23. It added the Animal Welfare Board of India has requested for implementation of all precautionary measures. “…strictly implement the Animal Welfare Laws viz Prevention of Cruelty to Animals Act, 1960; Transport of Animal Welfare Rules, 1978; Transport of Animals (Amendment) Rules, 2001; Slaughter House Rules, 2001; Municipal Laws & Food Safety & Standards Authority of India directions for slaughtering of animals (under which camels cannot be slaughtered) during the festival,” he said.

Sharma directed officials to take all preventive measures as per the provisions of laws cited to “stop the illegal killing of animals”. It said stringent action should be taken against the offenders violating animal welfare laws.

The Muttahida Majlis-e-Ulema (MMU), an amalgam of religious bodies, issued a statement denouncing the purported ban “under the garb of prevention of cruelty”. “…why are Muslims being restricted by the government in performing their religious obligation,” the statement said.

MMU said the government should desist from issuing such arbitrary orders that are unacceptable to the Muslims as “they directly infringe upon their religious freedom and personal law” and cause “great anguish”.

MMU urged the government to immediately revoke the order keeping in view religious obligations and the spirit of the festival.

The statement said the amalgam will convene a meeting of its key constituents and leading religious leaders to discuss the issue on Sunday.

Farooq Ahmad, a businessman, said the letter is part of the efforts to dissuade people from sacrificing animals on Eid. “These efforts were also made in the past which failed. The order should be revoked as this can create misunderstanding among the people.”