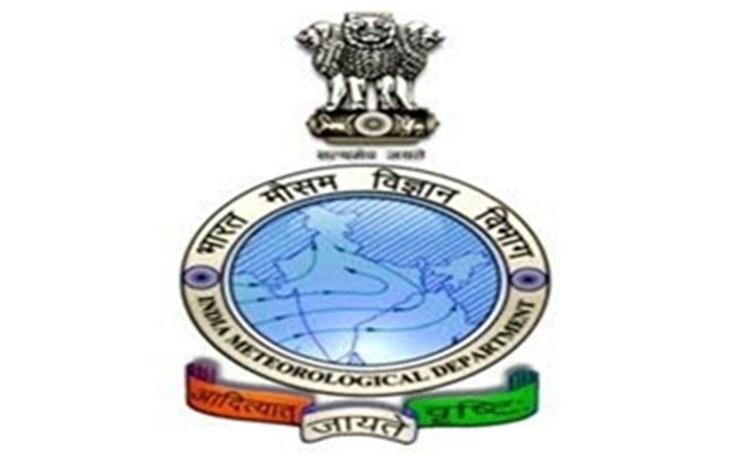 The cyclonic storm “Nivar” in the Bay of Bengal intensified into a SEVERE cyclonic storm early this morning. The MET Department in Chennai says it is set to further intensify into a very severe cyclonic storm later in the day today. It is expected to make a landfall from late this evening between Kaaraikal and Maamalla-Puram close to Puducherry. During its landfall, the wind speed is expected to be in the range of 130 to 140 km an hour, gushing to 155 km per hour.

The MET Department in Chennai says the Severe Cyclone Nivar currently lies 380 km south-south east of Chennai, 320 km east-south east of Puducherry and 310 km east-southeast of Cuddalore. It is found to be moving westwards with the speed of six kilometres an hour for the past six hours. It is expected to move in the west-northwest direction for the next six-hours and then turn towards the north-western direction and reach the coast.

Under the impact of the cyclone, seven districts in Tamil Nadu and Puducherry are expected to get extremely heavy rainfall at isolated places today. Sixteen other districts including Chennai and its suburbs will experience isolated heavy to very heavy rain, as informed by the weather officials.

Chennai and its suburbs experienced torrential rainfall for a few hours last evening, leaving arterial roads under sheets of water. Many other parts of the state also reported fairly widespread rain in the last 24-hours.

In view of the cyclone, public holiday has been declared today in Tamil Nadu. Bus and rail services remain either curtailed or suspended in the vulnerable districts due to the cyclone. The state’s inter-department teams have been deployed at all the districts that fall under the path of the cyclone.

The Defence forces have mobilised teams and assets to help the states of Tamil Nadu and Puducherry during and after the cyclone. AIR correspondent reports, the Indian Coast Guard has kept four Offshore Patrol Vessels ready for assisting merchant and fishing vessels in distress at sea. Two helicopters are on standby to assist in rescue and relief operations.

In addition, three Dornier aircraft are mobilised at Visakhapatnam to carry out surveillance and damage assessment after the landfall of the cyclone, besides assisting in relief operations. It has readied fifteen relief operations teams to assist the administrations in Tamil Nadu and Puducherry. The Indian Navy on its part has mobilised five flood relief teams and a divers’ team in Chennai to help the state administration whenever required. Similar teams are on at its bases at Nagapattinam and Rameswaram as well.

The naval ship INS Jyoti has been deployed from Visakhapatnam to render assistance along the Tamil Nadu and Puducherry coast.  Meanwhile, the Madras Atomic Power Station has said it is braced up to face the cyclone as all preparatory measures have been put in place. It has said all its power plant systems are operating normal and are expected to withstand the impact of the cyclone.

NIVAR is very likely to intensify further into a severe cyclone and likely to cross Tamil Nadu and Puducherry coasts between Karaikal and Mamallapuram around Puducherry today late evening with a wind speed of 120-130 kmph gusting to 145 kmph.

As the cyclone comes closer to the coast in and around Puducherry and Karaikal are experiencing sporadic rainfall since yesterday early morning itself. The District administration is being geared up and taken a wide range of precautionary measures to meet any eventualities, due to NIVAR. Prohibitory order clamped in Puducherry district from 9PM yesterday to 6 AM tomorrow.

The District collector Poorva Garg said that all the departments and National Disaster Response Force teams are well prepared. Further she said that during the 144 period the movement of one or more people in public places in the Puducherry region is prohibited and shops and other business establishments need to be closed.

The Government declared a public holiday today. Further it is announced that people in distress may call 104 for medical, 108 for ambulance support and 1070 and 1077 apart from the general numbers 100, 101, 112 and 1031. The Karaikal district administration instructed the fishermen to keep their fibre boats, fishing nets and boat engines in the WORK SHELTER to avoid any damage or loss.

AIR correspondent adds that under the influence of the cyclone NIVAR moderate rains or thundershowers are very likely over entire Andhra Pradesh, today and tomorrow. With isolated heavy to very heavy rainfall at one or two places of South coastal AP and Rayalaseema, extremely heavy rain is likely to occur at Nellore, Chittoor on 25th Nov and at Kurnool on 26th Nov’2020. According to S. Stella, Director, IMD Amaravathi, heavy rains are likely at one or two places of North coastal AP on 25th and 26th Nov 2020.