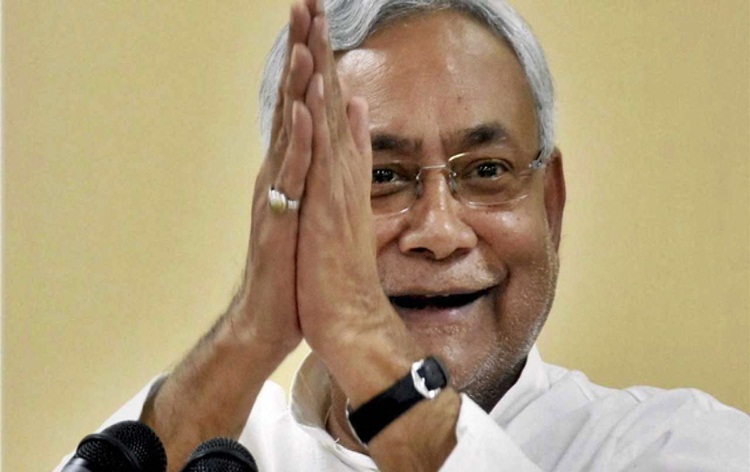 Nitish Kumar will be sworn-in as Chief Minister of Bihar for the seventh term today. The swearing-in ceremony will take place at 4:30 PM at the Raj Bhavan. He was unanimously elected leader of the NDA at a meeting of its newly elected MLAs in Patna yesterday.

Later, Nitish Kumar and Bihar BJP president Sanjay Jaiswal among others met Governor Phagu Chauhan to stake claim to form a new government in the state. The governor was handed over the letter of support from all four NDA constituents of BJP, JD(U), Hindustani Awaam Morcha (HAM) and Vikassheel Insaan Party (VIP). There will be two Deputy Chief Ministers in the state.

BJP legislature party leader Tarkishore Prasad and Deputy leader Renu Devi will be the new Deputy Chief Ministers.This decision was taken in the meeting which was held between Nitish Kumar and Bihar BJP in charge Bhupendra Yadav and election in – charge Devendra Fadnavis. This meeting was held at the residence of Nitish Kumar.

AIR correspondent reports, all eyes are on the new council of ministers in the state cabinet and portfolios to be allotted to the ministers. Nitish Kumar along with BJP and JD( U) leaders held meetings discussing the probable size of the cabinet .The maximum number of ministers in the cabinet permissible in the government is 36 as the size of the council of ministers can be only 15 percent of the total number of seats in the assembly ,which stands at 243.There are chances the JD(U) having 43 MLAs could get 12 ministerial berths while BJP having 74 MLAs could get 18 ministers.

There will be one minister each from NDA allies Hindustani Awaam Morcha( HAM) and Vikassheel Insaan Party( VIP). This time new faces of BJP and JD(U) is likely to be accommodated in new cabinet.Election of Assembly Speaker and other issues are also be being discussed among allies of NDA.