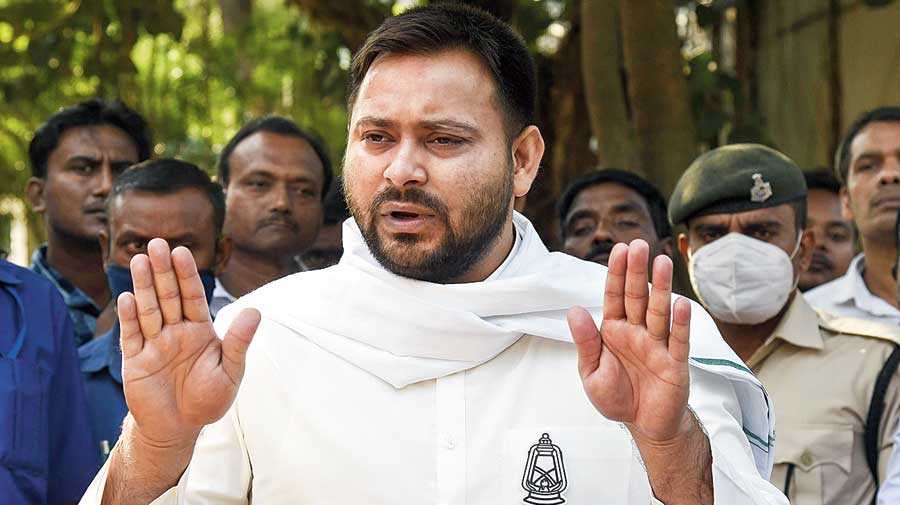 “Nitish Ji is not able to handle Bihar. There’re only 77 policemen per lakh population in Bihar and job vacancies have not been filled yet. We’re asking the public to give us a chance, so we can do what the Chief Minister couldn’t achieve in 15 years. His farewell is guaranteed,” said RJD Chief Tejashwi Yadav.

Attacking the Nitish government over policy discrepancies, RJD scion claimed that the health and education sectors were in shambles under the current government.

“Lack of enough doctors and nurses have left hospitals in a bad shape. Even the education system is in shambles under Nitish Ji’s governance. We would like to ask him why Bihar is considered the poorest state across India?” Tejashwi added.
The Mahagathbandhan (grand alliance) chief ministerial candidate further assured his party’s victory in the polls.

“We are certain of Nitish Ji’s fall and Mahagathbandan’s rise in these elections. His recent statements make us wonder about his years of political experience,” Yadav concluded.

The first phase of Bihar Assembly elections to 71 seats was held on October 28. The remaining 172 Assembly constituencies will go to polls on November 3 and November 7 and the results are scheduled to be announced on November 10.