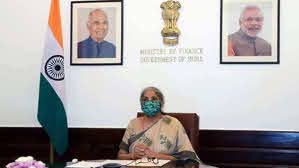 Amid the ongoing polling for the third phase of Bihar Assembly, Shiv Sena leader Sanjay Raut on Saturday took a swipe at incumbent Chief Minister Nitish Kumar, stating that people will send him into retirement as the Janata Dal-United (JDU) chief has played his innings.
He said that Kumar is willing to retire and people should bid farewell to him with respect.
“Nitish ji is a very big leader. He has played his innings. If a leader says that this is his last election, he should be given farewell with respect. The people of Bihar were waiting for the farewell occasion. People will send him into retirement in this election,” Raut told reporters here.

Earlier this week, Bihar Chief Minister Nitish Kumar had said that the present assembly poll in the state will be “his last election” and “ant bhala to sab bhala”.
He made the remarks on the last day of campaigning for the third phase of election in the state.
Bihar recorded a voter turnout of 8.13 per cent till 10 am as the polling is underway for the third and final phase of state Assembly elections on Saturday, according to the Election Commission of India.
Polling began on 78 assembly constituencies across 16 districts in the third and final phase of Bihar elections at 7 am today.