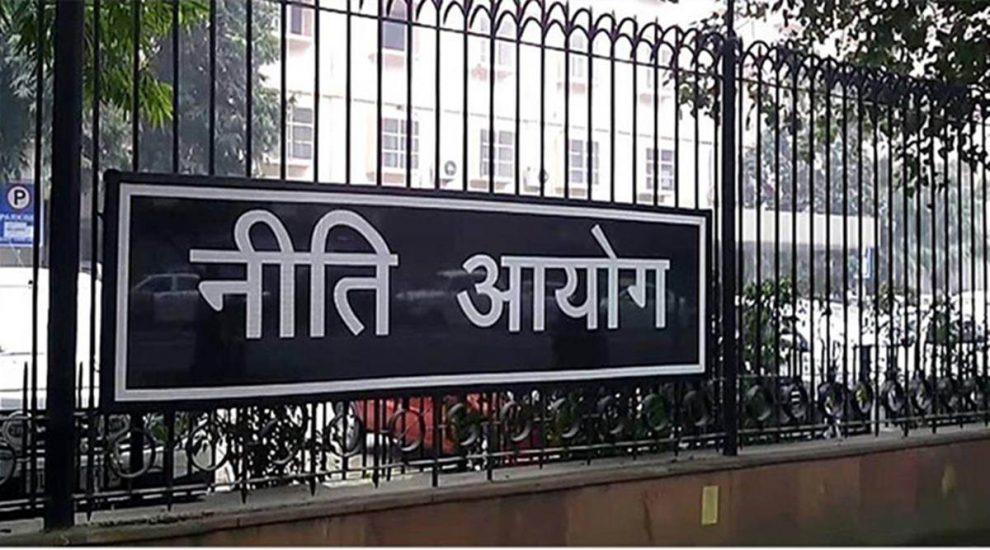 The NITI Aayog launched on 23 November, the first SDG Urban Index that ranks our cities on the basis of their scores vis-à-vis the Sustainable Development Goals. In all, 56 urban local bodies were ranked on 77 SDG indicators concerned with ending poverty, zero hunger, good health and wellbeing, quality education, and gender equality. Of the 56 urban areas ranked in the index, 44 are with a population of above one million. 12 are State capitals with a population of less than a million. The data on these indicators have been sourced from official sources such as data portals of various ministries, and other government agencies.

The cities that have topped the NITI Aayog’s (The National Institution for Transforming India Commission) SDGs Urban India Index are Shimla, Coimbatore, Chandigarh, Thiruvananthapuram, and Kochi while Dhanbad, Meerut, Itanagar, Guwahati, and Patna are the worst performers. The Index gives the full list of the cities in terms of their ranking. As per the process followed by the Aayog, “for each SDG, the urban areas are ranked on a scale of 0-100. A score of 100 implies that the urban area has achieved the targets set for 2030; a score of 0 implies that it is the farthest from achieving the targets among the selected urban areas.

The areas with a ranking between 0 and 49 have been ranked as aspirants, those with 50-64 are termed as performers, 65-99 are called front-runners and the ones with perfect scores are called achievers. Notably, not a single area has a perfect score.

The Index and the Dashboard attached to it are expected to localise the ownership and implementation of the SDGs, especially their monitoring at the country and local level. The Index also exposes the gaps in data and reporting system etc. It will also create an ecosystem in which all stakeholders will be equipped to take data-based decisions. This transformative approach is essential as our cities are becoming critical as engines of growth and development of our country.

The above perspective was reflected in the statement issued by NITI Aayog on the launch of the Index, “In its journey towards localising the SDGs and instituting robust SDG progress monitoring systems at the national, State/UT, and local levels, NITI Aayog has developed the SDG Urban Index & Dashboard (2021-22). The index and dashboard will strengthen SDG localisation and institute robust SDG monitoring at the city level.”

The index was developed in collaboration between the NITI Aayog and GIZ and BMZ, both development agencies of Germany under the ongoing partnership between the two countries called the Indo-German Development Cooperation.

On the Partnership on SDGs, Prof. Dr. Claudia Warning, BMZ Director General said that it will, “focus on deepening SDG localisation and monitoring, and addressing critical gaps in institutional capacity and data systems on SDGs at national and State levels. We look forward to strengthening this partnership with NITI Aayog in building capacities on SDGs.”

The SDGs were adopted in the 70th Session of the United Nations General Assembly held on 25th September 2015. The resolution was called, “Transforming our World: the 2030 Agenda for Sustainable Development”. It consisted of 17 SDGs  and associated 169 targets. The SDGs aim to secure peace and prosperity for the entire world, for the people and the planet, now and in future.

Speaking on the occasion, on the adoption of the document by the UN General Assembly, Prime Minister Narendra Modi had said, “Today, much of India’s development agenda is mirrored in the Sustainable Development Goals. We represent a culture that calls our planet Mother Earth. He added, “As our ancient text says- Keep pure! For the Earth is our mother! And we are her children!”

Modi urged the world leaders to embrace a change in our lifestyle that would make us less dependent on energy and more sustainable in our consumption. He called for launching of a global education programme that prepares our next generation to protect and conserve nature. He underlined the importance of partnership, the core strategy in achieving the SDGs. Ending the speech, he said, “So, we must transform international partnerships on the strength of solidarity with fellow human beings and also our enlightened self-interest”.

A word on the concept and approach to Sustainable development is in order as often it’s confused in its definition and is loosely used for many other forms of growth and development. A working definition of this popular term is “the development that meets the needs of the present without compromising the ability of future generations to meet their own needs. In order to secure Sustainable Development, it is essential to harmonise three core elements of governance and development-economic growth, social inclusion and environmental protection. The 17 SDGs seeking to transform the world require adoption of key approaches; to popularise these, to spur action, to leverage and scale up partnership.

On the progress of realising the SDGs, according to the 3rd edition of SDG Index released on 3 June 2021, India has made steady progress in areas of health, energy, and infrastructure.  India has taken strides in social, economic, and environmental development over the past year. Since 2019, India’s overall score across SDGs has gone up from 60 to 66 in 2021 due to nation-wide improvement in ‘clean water and sanitation’ and ‘affordable and clean energy’ respectively.

In contrast to the official release of figures and claims made by the GOI body like NITI Aayog, the non-governmental agencies have a different story to tell. The State of India’s Environment Report 2021 revealed that India’s rank was 115 last year and dropped by two places primarily because major challenges like ending hunger and achieving food security (SDG 2), achieving gender equality (SDG 5) and building resilient infrastructure, promoting inclusive and sustainable industrialisation and fostering innovation (SDG 9) remain in the country.

To quote another report, The Environmental Performance Index (EPI) 2020 by Yale University, India ranked 148, exactly 21 positions behind Pakistan which was at 127th position in the category of biodiversity and habitat which assesses countries’ actions toward retaining natural ecosystems and protecting the full range of biodiversity within their borders.

Mark Twain in his autobiography wrote, “There are three kinds of lies: lies, damned lies, and statistics.” This phrase is used by many to bolster their arguments or berate an opponent. Looking at the reports we feel as if this famous phrase is validated. However, it is certainly clear that India is making some progress, but “has miles to go before we sleep” in peace and security. —INFA

Round The State
Pakistan and fate of its founding fathers
Comment