Jammu:  A day before the counting of votes for the District Development Council (DDC) elections, the PDP claimed detention of three of its senior leaders Monday. While the police were silent on the matter, PDP chief Mehbooba Mufti called the action “out and out gunda raj”, and said it showed the BJP was trying to “manipulate” the results.

The PDP leaders reportedly detained were former minister and senior leader Naeem Akhtar, Mufti’s uncle Sartaj Madni, and her former political adviser Peerzada Mansoor Hussain. A senior PDP leader said they had no contact with its Ganderbal district president Bashir Ahmad Mir either, and his family had been informed that he too had been detained.

Mufti tweeted, “Every senior police officer here is clueless as it is ‘upar say order’. No rule of law in J&K anymore. It is out & out Gunda Raj.”

After reports of Akhtar’s detention in the evening, she posted, “J&K admin is on an arrest spree today. PDPs Nayeem Akhtar too has been abducted by J&K police & is being taken to MLA hostel. Looks like BJP is planning to manipulate DDC results tomorrow & don’t want any resistance. Democracy is being murdered in Jammu and Kashmir.”

At around 10.30 pm, Akhtar’s daughter Shehryar Khanum tweeted, “My father… has been detained at this unearthly hour. There was no order or govt instruction shown to us. We don’t know the ground of detention or the duration.”

Madni’s son Aroot Madni said he was picked up from his official residence at Khanbal in Anantnag district. Hussain hails from Anantnag too. Akhtar was reportedly detained from his Srinagar residence.

Inspector General of Police, Kashmir, Vijay Kumar, DIG, South Kashmir, Atul Goel and SSP, Anantnag, Sandeep Chaudhary didn’t respond to calls and text messages. There was no statement by any central agency on the alleged detentions either.

A senior PDP leader claimed the detentions are aimed at pressuring Mufti. “First, they detained Waheed (ur Rehman Para) and now these two. They are picking up people who are close to Mehboobaji, and the message is clear. They want her to withdraw from active politics.”

In Jammu division, the Poonch police claimed to have foiled a major plan to “disrupt peace” ahead of the DDC results, with the seizure of around 1,800 iron rods, wooden sticks and bats on Monday. Poonch SSP Ramesh Angral said most of the seizures had been made in Mendhar, followed by Surankote tehsil, in the border area, and three people had been arrested.

A dozen people had been injured in clashes at different places in Mendhar during the eighth phase of DDC polls on Saturday.

The results Tuesday will determine the fate of 2,181 candidates across 280 constituencies. The DDC polls are the first electoral process in J&K since the scrapping of its special status. 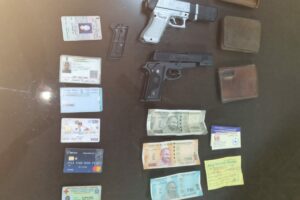 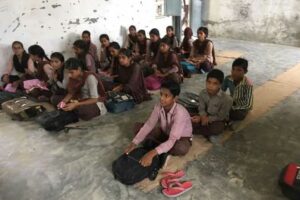 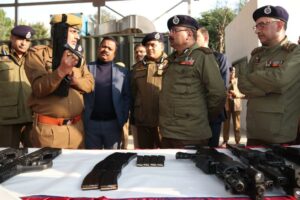