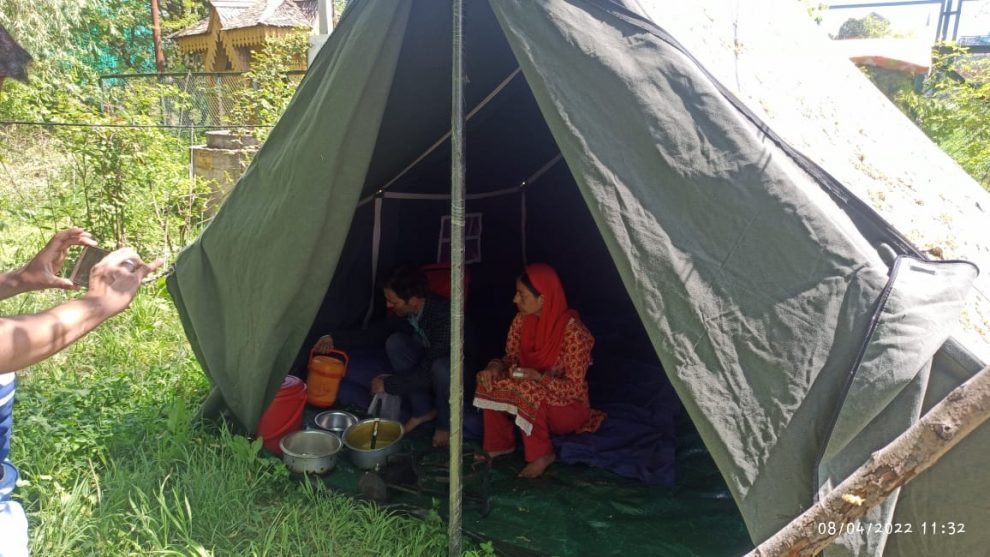 SRINAGAR: More than a week after the devastating fire reduced his houseboat to ashes in Nigeen Lake, Raj Mohammad stares at a bleak future. In total, seven houseboats were gutted in the devastating blaze on April 4. One of the owners Raj Mohammad and his wife have been completely left homeless with no other property to bank on for shelter or survival for them.

“I am completely ruined. I had a houseboat named Flora. I along with my wife used to live in the pantry of the houseboat while I would let out other rooms to tourists for brief stay to eke out living,” he says.

Raj Mohammad says that he had high hopes for a bumper season this year, but the devastating fire left “me homeless and out of work with no means for survival.”

“The fire started from one houseboat at around 2 a.m. (on April 4) and then spread to others. My houseboat was at a fair distance away, but a burning houseboat got released from anchors and came nearer by my houseboat, burning it down completely,” he says.

Houseboats, often made of cedarwood, are known for their exquisite wood carvings, and act as a significant draw for tourists.

“I have lost everything. This was my source of livelihood. I am now homeless and have nowhere to go,” Raj Mohammad said, putting the loss suffered by him to around Rs three crores. “I couldn’t even salvage the gold and other ornaments of my wife.”

He said that after the fire, many people, including those from the administration came but nothing has been done so far.

“I have no land or other property. I am without shelter. I know no other art to make a living,” he said while putting up in a tent provided by the administration.

Asked if the administration provided any relief he said, “They say we will give but practically nothing has been done so far.” “This was both my home as well as a source of living. I have lost both and have nowhere to go. I have no sources to rebuild it on my own,” he said and urged people and administration to help him out. (GNS)