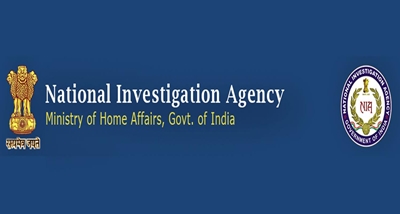 In the Union Territory of Jammu and Kashmir, the National Investigating Agency (NIA) has registered a case against Lashkar e Mustafa (LeM) outfit for working at the behest of terrorist organisation Jaish e Muhammad (JeM) to carry out acts of terror in Jammu.

NIA had earlier arrested one Hidayat Ullah Malik of LeM last month and during search, one hand grenade, 3 magazines and 28 rounds with other incriminating material were recovered from his possession. The NIA said that he had done reconnaissance of many security installations in Jammu and Delhi in 2018 and 2019 for carrying out terrorist attacks and has been associated with other terror groups in past.

The NIA further said that LeM had also committed a daylight Bank robbery in which Rs 60 Lakh were looted from J&K Bank, Main Branch Shopian in November 2020.