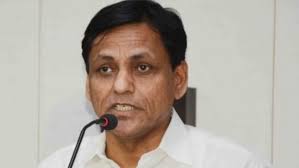 “National Human Rights Commission has gained international recognition and the achievement of such recognition is big for India. Apart from women, children, differently-abled and displaced people, important initiatives have also been taken on the issues of health education rights and the result of these initiatives is also visible. Recently, the Commission gave guidelines for the government to better protect the human rights of the most vulnerable sections of society,” Rai said while speaking as the chief guest of NHRC’s annual program on Human Rights Day.

The Minister talked about various schemes launched under the Narendra Modi led central government and elaborated how they helped the marginalised sections of the society.

“Swachh Bharat Abhiyan has been launched to bring revolutionary changes in social attitudes and habits to ensure rights. During this COVID-19 pandemic, the government, through the Pradhan Mantri Garib Kalyan Yojana, protected every person’s right to food, and ensured that no one would go hungry,” he stated.

“In addition to this, wage funds were given under MNREGA have been increased to empower the labourers of rural areas. Migrant labourers were also badly affected by the recession. To ensure the protection of their rights, the government transferred relief aid in their accounts. A similar approach has been taken for the empowerment of children. We also launched the Ujjwala scheme to provide free gas cylinders to BPL families,” the Minister added.