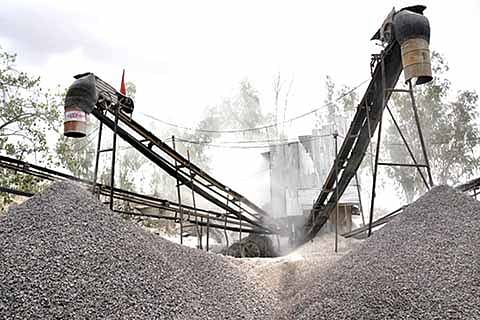 A bench headed by NGT Chairperson Justice A K Goel said it is clear from the report of the district magistrate that there have been serious violations in the operation of stone crushers, supported by illegal mining to the detriment of the environment.

“Steps so far taken to prevent illegal mining and further pollution are inadequate. So are the steps to make the violators accountable for past violations.

“Serious violations include diversion of the flow of the river, lowering of the water table, loss of irrigation/crops, damage to the water quality and even death of a person who drowned in the deep pit created by the stone crusher,” the bench also comprising Justices Sudhir Agarwal and Arun Kumar Tyagi said.

The committee formed by the NGT comprises Justice Janak Raj Kotwal, former Judge of J-K High Court along with officials from the Central Pollution Control Board, state pollution control board, nominee of Secretary Irrigation, J-K and District Magistrate, Rajouri.

“The Committee may consider the reports already furnished and if found necessary, undertake a visit to the site and interact with stakeholders. Justice Kotwal may fix his own honorarium to be paid by the State PCB. The registry may forward a copy of the entire record to Justice JR Kotwal to enable the entire matter to be looked into. The report may be filed within three months by email,” the bench said.

The tribunal was hearing a plea filed by village head Arti Sharma against the operation of stone crushers in violation of environmental norms in the Rajouri district.

The plea said stone crushers are located close to residential areas and Tawi river and illegal borewells have been dug for extraction of ground water.

“Requisite environmental clearance has not been taken. Illegal mining is also done on the bank of Tawi river, using heavy machinery. Air pollution is caused by using vehicles for transportation. This is resulting in lowering of the water level, water scarcity, decreasing agriculture productivity,” the plea said.