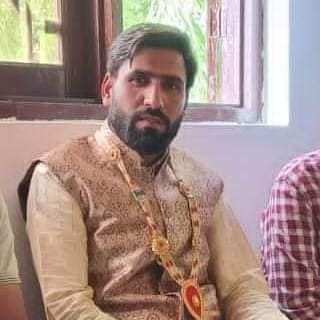 BANDIPORA: A newly-wed policeman died after being hit by an oil tanker in the Shadipora Payeen area in north Kashmir’s Bandipora district early this morning.
Reports said the Farhad Ali, posted in District Police Lines Bandipora, son of Ghulam Hyder Wani of Shadipora Payeen was hit and grievously injured by an unknown oil tanker at around 4:00 AM at his native village.
Farhad was subsequently shifted to SKIMS Bemina where he succumbed to injuries, they said. Farhad, married only four days ago, was heading towards a Masjid (mosque) to offer Fajr (morning) prayers, they said. Confirming it, a police official told GNS that cognizance of the incident has been taken and investigations have been initiated. (GNS)
The Dispatch is present across a number of social media platforms. Subscribe to our YouTube channel for exciting videos; join us on Facebook, Intagram and Twitter for quick updates and discussions. We are also available on the Telegram. Follow us on Pinterest for thousands of pictures and graphics. We care to respond to text messages on WhatsApp at 8082480136 [No calls accepted]. To contribute an article or pitch a story idea, write to us at [email protected] |Click to know more about The Dispatch, our standards and policies