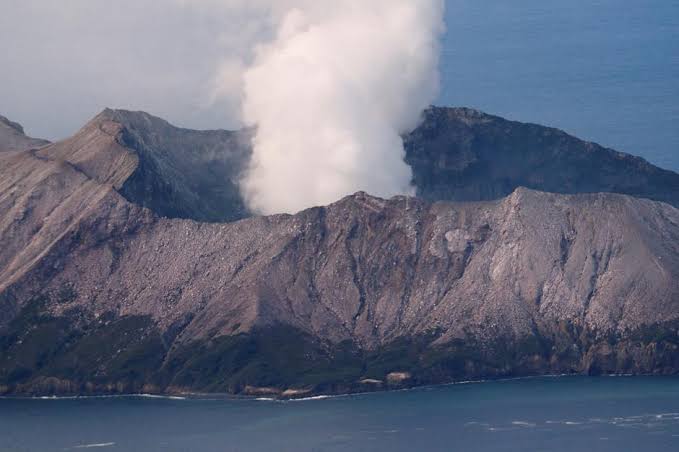 New Zealand Police on Friday said that it is planning to recover bodies from White Island where eight people were killed due to a volcanic eruption.According to New Zealand Herald, six of the eight bodies are yet to be retrieved. They can be seen by air. One can be seen in the water. Deputy Police Commissioner John Tims said that the families will be briefed on the operation this evening.Up to 50 people were on or near the island at the time of the eruption on Friday, police said, as cited by Sputnik news agency.
People who managed to escape the horrifying disaster apprised about their panic-stricken moments following the eruption.

One Geoff Hopkins said he will never forget the cries as the survivors of the White Island volcano eruption were pulled aboard the boat, reported CNN. The survivors explained that there was a lot of screaming and people’s skin was peeling from their faces and limbs scorched by steam and ash.There was “lots of screaming and panicked screaming,” he said, recalling the injured shouting: “‘Get me out of here. I’m burning. I’m burning.'”

Located about 48 kilometers from the eastern coast of North Island, the White Island is New Zealand’s most active cone volcano, according to the GeoNet. It has been built up by more than 150,000 years of volcanic activity. The island itself is visited by more than 10,000 people every year.