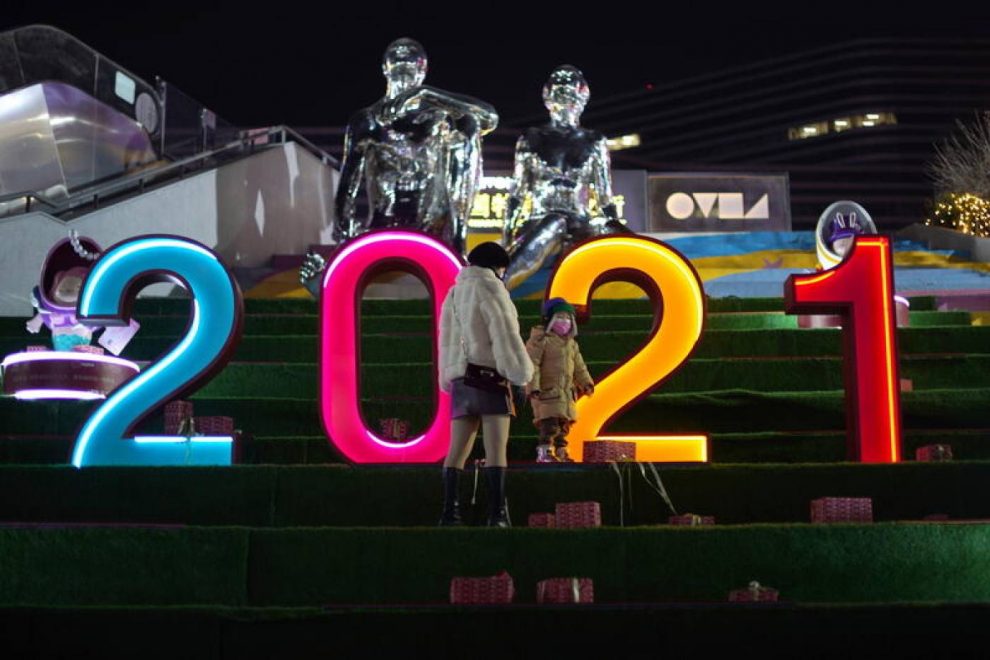 Get fit, quit smoking, eat healthily. Most years begin with good intentions that often fall by the wayside as life gets busier again.

But how about trying a different challenge for 2021 which goes beyond personal improvement and benefits the planet too?

A new initiative offers guidance on how to shed planet-warming emissions rather than weight – and lets you keep tabs on how you’re doing.

Endorsed by the United Nations, the campaign ‘Cut a Tonne in ’21’ launched on Tuesday, with a report detailing tangible ways to lead a more sustainable life and reduce your personal carbon footprint by one tonne a year, helped by a web-based tool.

“We’re facing a climate emergency and we need to do everything we can together to address that,” said Jo Hand, co-founder of Giki, the UK-based social enterprise behind the campaign, which stands for “Get Informed Know your Impact”.

“Starting with cutting a tonne in ’21 as a New Year’s resolution is a great way for us all to play our part,” Hand told the Thomson Reuters Foundation.

Under the 2015 Paris Agreement, nearly 200 countries agreed to limit the rise in average global temperatures to “well below” 2 degrees Celsius above preindustrial times this century, and ideally to 1.5C, to avert the worst effects of climate change.

Yet the planet has already heated up by about 1.2C, and the United Nations said this month that annual greenhouse gas emissions reached a new high in 2019, putting the world on track for an average temperature rise of at least 3C this century.

The U.N. climate science panel has said global emissions need to be slashed by 45% by 2030 and to net zero by mid-century to have a decent chance of keeping warming to 1.5C.

Achieving net-zero emissions means releasing no more greenhouse gases – the main one being carbon dioxide (CO2) – than can be offset elsewhere, through measures such as protecting carbon-storing rainforests.

But scientists say offsetting cannot be a substitute for cutting emissions by switching to cleaner sources of electricity and heat, and using less energy.

While action by governments, cities and businesses is key to curbing warming, individuals also have a major role to play, Giki said in a statement.

On a global basis, individuals account for almost three-quarters of greenhouse gas emissions through their homes, transport, food, goods and services consumption, it added.

On average, each person accounts for 5 tonnes of carbon dioxide emitted every year – but that increases dramatically with wealth, according to the “Cut a Tonne in ’21” backers.

The richest 1% has an annual footprint of about 70 tonnes, while the average Briton emits 9 tonnes a year, said the report, co-authored by Richard Carmichael of the Centre for Environmental Policy at Imperial College London.

How do I cut a tonne of carbon?

Giki Zero, a free online tool, provides users with an estimate of their carbon footprint based on a questionnaire about their lives including how often they drive or fly, what they eat and how much electricity they use.

Giki measures individual footprints against global targets and offers a choice of more than 120 steps people can take to shrink their contribution to climate warming.

These range from “easy peasy” to “hardcore”, with options such as using shampoo bars instead of hair products in plastic bottles, cycling to work, going vegetarian and switching to a green power provider.

Users can pick their battles and track how the changes they make affect their overall carbon output. “It is about finding out what fits with your lifestyle and your budget,” said Hand.

Basic things most people could try are halving the time they spend in the shower and heating their homes a little less, she suggested. “If we turn (the thermostat) down by just one degree (Celsius), that can actually cut quite a lot of carbon,” she said.

Is the goal achievable?

Cutting a tonne of CO2 over a year can be done by making a few big changes, such as going car-free and installing a heat pump, or with a wider selection of small steps like using lids when cooking and drinking plant-based milk, the report said.

“The first tonne is the easy tonne for most of us – but for some it will be more difficult due to cost and degree of effort,” said Tim O’Riordan, professor emeritus of environmental sciences at the University of East Anglia.

Most users can reach a “Paris-aligned” lifestyle by cutting down on consumption and switching to more sustainable habits.

And for individuals’ one-tonne-a-year carbon saving to have a real impact, millions of people must get on board over the next decade, she added.

Katharine Lewis, a green campaigner and co-founder of the Helston Climate Action Group in southwest England, said the Giki Zero initiative was a good start but wider shifts were needed.

“We know that as a society we need to make radical changes to the way we live if we are to stay below 1.5C, and this can feel daunting,” she added.