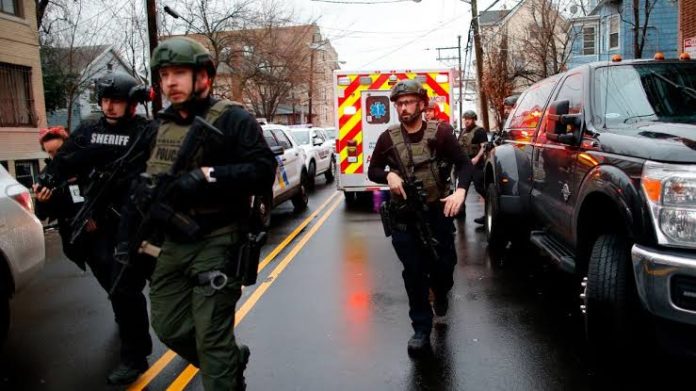 Authorities investigating the deadly kosher market attack in New Jersey that killed six people earlier this week, believed that the attackers held views of hatred for the Jewish people, Attorney General Gurbir S. Grewal told CNN on Thursday.
Evidence points to the attack being “acts of hate,” Grewal said. Officials are investigating this as a potential act of domestic terrorism, fueled apparently by anti-Semitism as well as hatred towards law enforcement authorities, the Attorney General added.
“We continue to gather evidence about the motives of the shooters. We have identified a number of social media accounts that we believe were used by the suspects and purport to espouse certain viewpoints,” Grewal said.
“Based on what we have collected so far, however, including based on recent witness interviews, we believe the suspects held views that reflected hatred of the Jewish people, as well as a hatred of law enforcement,” he added
Investigators have also recovered five firearms linked to the attackers, including four inside the market and one inside a U-Haul van they had been using.
The shooters in this week’s deadly kosher market attack in New Jersey were suspects in a previous, weekend slaying and were driving a vehicle containing anti-Semitic and anti-police writings, sources further disclosed to CNN.
And one of the attackers appears to have a connection to the Black Hebrew Israelites movement, The New York Times reported.
The two attackers, identified as David N. Anderson, 47, and Francine Graham, 50, are believed to have killed a police detective near a Jersey City cemetery and then attacked a Jewish market a mile away on Tuesday, kicking off an hours-long standoff that left them and three other people in the market dead, authorities said.
But the pair also were prime suspects in the recent killing of a man near the neighbouring city of Bayonne who passed away last Saturday, Grewal noted.