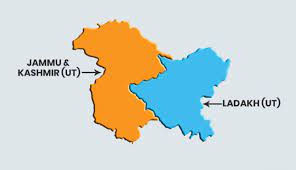 The Dispatch Staff
Add Comment
The Union Territory administration has received investments worth about Rs 50,000 crore so far, for which detailed project reports have been submitted and money has been deposited, whereas the total investment stood below Rs 15,000 crore in last six decades.

Srinagar: ‘Know Jammu and Kashmir’ is the mantra adopted by the administration of the Union Territory for the ongoing visit of a high-powered industry delegation from the Gulf, during which a strong impetus is expected for investments across various sectors including hotels and hospitals, a senior official said on Monday.

Referring to the visit of a 36-member delegation that arrived here on a four-day visit on Sunday to explore investment opportunities, Principal Secretary of Industries and Commerce Department of the Union Territory Ranjan Prakash Thakur said  that the visit is a good omen for J&K focusing on some main sectors to give a fillip to investments and economic development.

“This is a very high-level delegation. Hospitals, hotels are of their keen interest, along with agro-industry, IT and horticulture,” he said, adding that the government has taken various steps with a new and futuristic mindset.

Besides, Prime Minister Narendra Modi will kick-start investments worth about Rs 35,000 crore in Jammu and Kashmir during his likely visit to the Union Territory next month, the official said.

“The prime minister will do the ground-breaking of investments worth about Rs 30,000-35,000 crore during his visit here,” Thakur said.

He did not get into the details of the prime minister’s programme.

Thakur said that during the tenure of Lt Governor Manoj Sinha, the Union Territory administration has received investments worth about Rs 50,000 crore so far, for which detailed project reports have been submitted and money has been deposited, whereas the total investment stood below Rs 15,000 crore in last six decades.

“The idea is to expose Kashmir and clear their confusion about the place. The visit is really important because we need investments in hotels and hospitals today for our future. We have attracted investments worth more than three times than what J&K got in the last 75 years. By the end of the year, J&K will have investments worth Rs 75,000 crore,” Thakur said.

He said the delegation consists of industrialists involved in the manufacturing of textile, cement, pharma, fibre and cable, among others.

Talking about the steps taken by the government in the last few months to bring J&K on the industrial map, Thakur said a single-window clearance system has been put in place. He said the government has notified a change in the land use policy as well.

“The incentivisation of investments has taken place, which is the initial impetus, a kick-start. J&K is one among the top five states in the ease of doing business. We have shown that transformation is possible and the ground has been set,” he said.

However, Thakur emphasised the need to overcome various challenges towards the implementation of the projects on the ground. “We have to improve the power scenario and we are working on that. We have to create road infrastructure and improve accessibility. And we have to hold ourselves accountable to deliver,” he said.

Thakur also said that the government will increase the number of medical seats by 1,100 each year for the next three years.