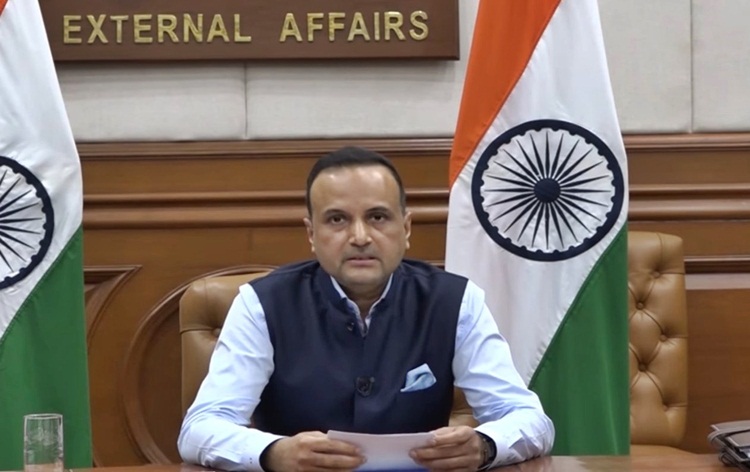 Ministry of External Affairs (MEA) has slammed Islamabad over allegation of New Delhi’s involvement in incidents in Pakistan.

It said, claims of proof’ against India have no credibility and are fabricated and represent figments of imagination.

In response to media queries, MEA spokesperson Anurag Srivastava said that international community is aware of Pakistan’s tactics and proof of its terror sponsorship.

He said it is yet another futile anti-India propaganda exercise by Pakistan whose forces continue to engage in providing supporting cover fire to infiltrators.

The MEA also called upon Pakistan to end its support to cross-border terrorism and said that Pakistani leaders have never hidden the fact that it has become a factory for producing terrorists.

The MEA said that the incessant infiltration of terrorists and induction of weapons to fuel terror activities continues unabated.

Such activities are not possible without the support of Pakistani forces deployed along the Line of Control.

The MEA statement also said that India is not the only neighbour being targeted by Pakistan sponsored terrorists.

Distant parts of the world have seen the terror trail lead back to Pakistan.