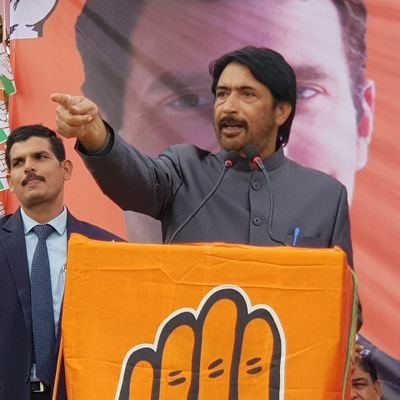 Says high time for common platform to fight against repealing of land laws, PAGD, Cong have many common agendas

Srinagar, Oct 31: Stating that there was a need to come up with a common platform to fight against the repealing of land law in the Union Territory, the Jammu and Kashmir Pradesh Congress Committee (JKPCC) chief, Ghulam Ahmad Mir on Saturday said that any decision to join the newly formed Peoples’ Alliance for Gupkar Declaration depends on the nod from the party high command in New Delhi.

Talking to reporters on the side-lines of the function here at party headquarters, Mir, according to news agency—Kashmir News Observer (KNO), said people across Jammu and Kashmir are anguished over the decision taken by the government three days back.

According to KNO Correspondent, he said after taking the unconstitutional decision in August last year,  the government assured, on the floor of the house that the land in J&K will be protected, but they betrayed the people here by repealing the land law a few days ago.

He added to fight against this particular decision, there was a dire need to come up with a common platform in J&K.

Asked about the already existing alliance by the mainstream leaders, Mir said he couldn’t attend the first meeting as he was not keeping well, adding for the second meeting of PAGD, he received the initiation just before there hours of the meet. “Congress is a national party and it was not possible for me to attend the meeting without taking the party high command on board,” he said.

He added that he had already told the leaders to fix the second meeting of the alliance after November 10 or 15 so that they can talk with the central leadership about it. “The central leadership of Congress is currently busy in Bihar elections and it was not possible to talk about these issues,” he said.

He further added that Congress and the existing alliance of mainstream leaders have many common agendas and decisions taken in August last year is the main common agenda. “We are part of these common agendas. But there can be differences in the language being used while fighting for the cause,” he added.

Mir who presided over the meeting lauded the selfless services and sacrifices of Indira Gandhi to the Nation and said her immense contributions to the inclusive development of Nation shall always be remembered.

India made remarkable achievements under the strong leadership of the Indira, who even scarified her life for the integrity and prestige of the Nation, he said, adding that India has lost a great statesman and a leader of masses under the assassination of Indira Gandhi, whose dream was to make India as powerful country, which happened due to her tireless efforts. “She is credited of giving a befitting reply to the enemies, thereby sending a strong message to the world that India would not compromise on its integrity and sovereignty,” he said.

JKPCC President said Indira Gandhi worked tirelessly, bringing the country at par with the fast developing countries in the world, If India was one among the powerful Nations that is because of the Congress Party and its strong leadership, who did their utmost to make the Country self-reliant in every field, Mir added. We are observing the death anniversary of our beloved leader as Kissan Adhikar Divas to extend full support to farmers (Kissans), who were feeding the entire country by dropping their sweat and blood to ensure that people did not sleep empty stomach, Congress Party vows to intensify its fight against the anti-farmer policies of Modi Govt, Mir said

Light to moderate snowfall in Kashmir on December 9 and 10: MeT