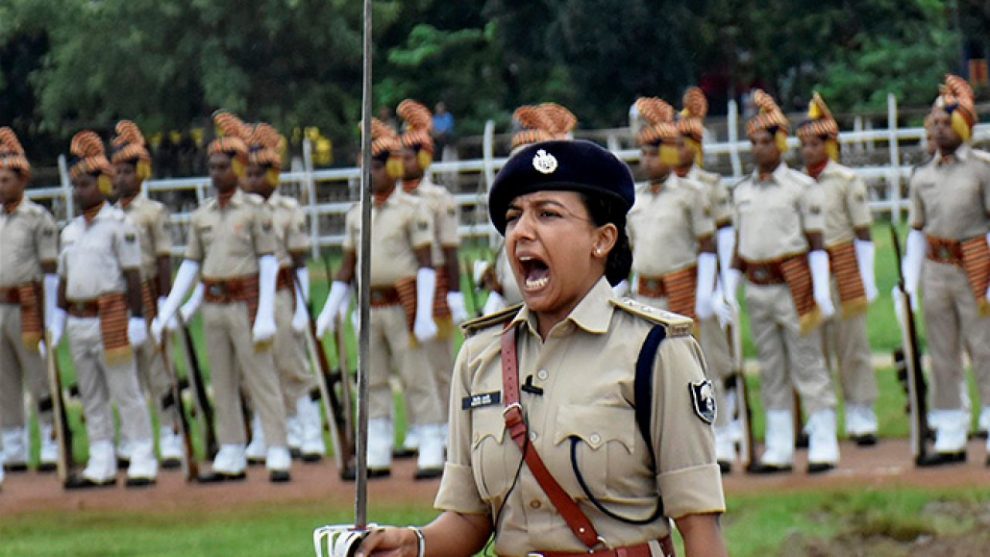 An undertrial rots in Kolkata jail and is declared innocent after 32 years, a Tamil father-son are arrested, tortured, declared dead for keeping their mobile shop open 15 minutes into curfew hours, a minor is raped in Capital Delhi. A chilling everyday reality of police wreaking havoc with horrifying impunity, behaving like bloodthirsty katils with the State maintaining deafening silence.

Prime Minister Modi underscored this brutal truth pointing the need for urgent radical police reforms at Rashtriya Raksha University’s convocation in Gujarat last week. Asserting “There is a negative perception about police that one should stay away from them….when the mool mantra should be that one should be strict against those instigating society and soft towards society in general.”

His clarion call for change is laudable. But it’s an utopian dream and tall order as numerous leaders have echoed the same and many commissions set up all coming to naught. Primarily as since British era police only knows how to wield a lathi against people as it is governed by 1861 Police Act which provides it with a negative role: Protecting the Establishment.

It is pointless to argue that the State has withered away as policing is a State subject whereby Governments often rely on police to do extracurricular jobs including setting the course of politically sensitive cases as State leaders control postings and transfers levers. Hence, police   misuses and grossly abuses its powers.

Scandalously, the vardiwallahs defy logic and accountability. “Compromises have become routine as threats of transfers to ‘insignificant’ posts, demotions and suspensions forces most policemen to toe their political mai-baap’s line. Consequently, they are used as instruments of partisan agendas by Parties in power for their unsavoury ends and hostile to citizens,” confided a senior police officer.

A Police Commission report tells all: “60% arrests are unnecessary, 30% deaths unjustified and unwarranted and police action accounts for 43.2% of jails expenditure. They feel the vardi gives licence and power to bully and is the law. Hence, police has become more powerful, less accountable and checks and balances, prerequisite of democracy have been dispensed with.

Want to get rid of somebody? Call the “Police Atyachari”. From rape to out-of-court “settlements”, fake encounters and torture deaths, it has trapped all with bullet-proof precision. Sending petrified shivers down one’s spine. And we call ourselves a civilised society!

Rubbishing Supreme Court’s 2006 guidelines for police reform in the Prakash Singh judgment which has been dumped in raddi and forgotten.  Big deal if there are political costs in failing popular expectations of law and order. Lalu’s RJD and Akhilesh’s Samajwadi  remain scarred by perceptions of great lawlessness when in power while Yogi’s free hand to police to act against lawbreakers without being encumbered by local Party bigwigs worked electorally in his favour.

Is police more sinned against than sinning? Are the main culprits politicians? The truth is midway. Both work in tandem in furthering their own self-interest resulting in the system becoming self-perpetuating. Whereby, criminalization of politics has turned to politicization of crime and political criminals. Leading to complete brutalization and dehumanisation of both.

The Supreme Court accentuated: When a Party is in power, police takes side of ruling Party, when new Party comes to power it initiates action against those officials. Remember a disproportionate asset case filed against a Chhattisgarh IPS officer for disobeying Chief Minister Baghel’s order to file a money laundering case against predecessor Raman Singh.

Earlier, a UP resident was arrested from Chennai for derogatory remarks against Centre’s Covid management and ex-Mumbai police Chief Singh accused ex-Home Minister Deshmukh of asking him to collect Rs 100 crores from bars, restaurants etc.  Any wonder mass transfers take place in police department with every change in Ministers. Bihar’s prisons are notorious for criminals rushing to surrender after committing crimes as they have a nexus with police who provide protection in jail.

Alas, not only is the police not meeting bare minimum yardsticks like functional autonomy for cops, netas are also depriving policing of qualitative improvements. Sexual offences which need better forensics and sensitive handling of victims have abysmally low conviction rates. Women suffer as a result. Rising cyber crimes demand police must simultaneously upgrade both tech and physical interface to ease reporting of such crimes.

Shockingly, the State of Policing in India Report 2019 reveals 44% policemen work over 12 hours a day, one in two don’t get a weekly off day even as over 5.3 lakh sanctioned posts (20%) lie vacant nationally. With tough working conditions obviously it is hard to foster a humane or well trained force.

A case in point: A complainant goes to file an FIR. The SHO refuses to record the complaint if it pertains to netas, rich and powerful or demands money, threatens and shoos him away. A woman complainant is molested and raped, witnessed in various States specially notorious UP and Bihar.

If the FIR is against a corrupt policeman, God help. Who will investigate it? How will evidence be collected? None of his tribesmen will do so, given the general tendency to protect one’s own. Leaving the complainant with limited options: Highlight his plight in media, write to higher authority and hope to hell that somebody pays heed.

Modi has sounded the reform bugle: Stop political influence, change police mindset, improve public interface, prevent politicization, criminalization and corruption. Supremacy of Rule of Law should be clearly spelt out and the police guided by the Law having the legal option to disregard all instructions running contrary to that. Alongside, its administration and superintendence should remain exclusively under professional supervisors to highlight the vardi exists for aam aadmi’s service.

Also over-centralisation should be replaced by complete decentralization and functional autonomy given from SHO upwards with goals and objectives set with people’s cooperation. Resident Welfare Associations should help set priorities and goals. The standards prescribed for police recruitment, training and emoluments etc also need drastic revision.

Where lies’ India’s salvation from this leech-infested politico-criminal-police nexus? With citizenry hooting for answerability and accountability from netagan it is imperative we get our priorities right. Simultaneously there is need for a new-age policeman who is more professional, better motivated, equipped and trained with the latest technology and tactics.

Clearly, unless politics changes, policing may not get modernized, trained manpower which is adept at using latest technology and a humane approach who invoke trust among people. Police leadership needs to shift from quantity to quality.  Six Sub-Inspectors are better than 25 semi-literate and ill-paid constables to prevent and detect crime in a thana.

Competent officers should be posted in ‘difficult’ areas and given a stable tenure of at least three years to make a difference along-with improved weapons and greater mobility. More than numbers one needs human psyche, officers who know how to talk to young people and have negotiation capabilities during agitations.

A revolutionary change in the operational command of police is the need of the hour as merely mouthing platitudes and inane, obsolete and muddle-headed formulations will no longer work. The Central and State Governments need to think beyond headlines. The bottom line: When push comes to a shove there is no easy option.  Tough times call for tough action. Else be prepared for a trigger happy nation! Kiska danda aur kiski lathi?