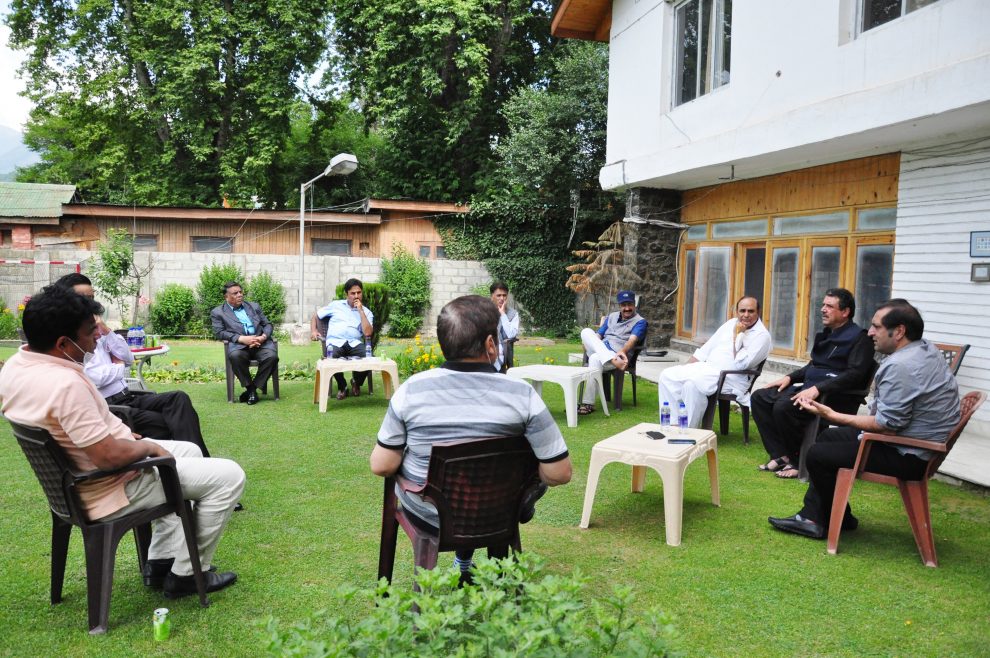 SRINAGAR: Peoples Conference (PC) Chairman Sajad Gani Lone on Monday chaired a meeting of the party leaders in the context of the All-Party meeting called by the Prime Minister.

The meeting discussed in detail the overall political scenario and ground situation in Jammu and Kashmir besides emphasizing the need for the political class to play a constructive role vis-à-vis ending the prevalent logjam and finding durable and democratic solutions to all the challenges facing the people of Jammu and Kashmir.

“It is imperative to restore the credibility and sanctity of the institution of dialogue. There is a lot of pain and suffering prevalent in J&K. There are many harsh ground realities that the Prime Minister should be aware of. We feel that we must express and inform the PM of our pain and suffering. We believe that as political workers we are duty bound to facilitate movement towards restoration of democracy and empowerment of the people of Jammu and Kashmir. Post August 5, there is a dire need for scripting a new social contract between Delhi and the people of J&K to address the aspirations of the people of J&K.”, he added.

Amarnath Yatra will be kept  symbolic this year due to Covid: LG
APM welcome but leaving out Rajouri-Poonch evidence of restoring old political order: Javed
Comment