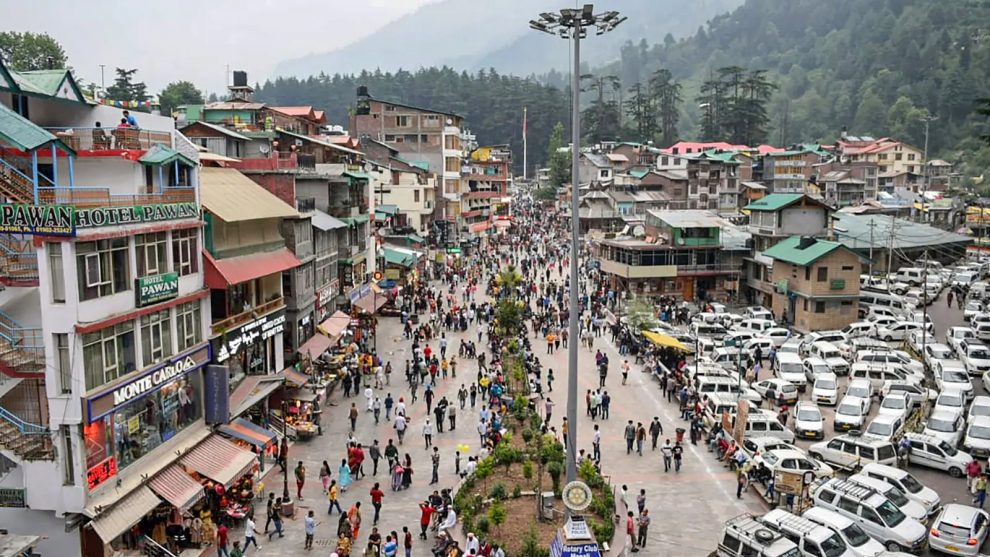 The influx of tourists to hill stations in north India has become a matter of concern for the authorities in those states.

While the arrival of a large number of tourists is welcome news for the struggling travel and tourism industry, the crowds are adding to the COVID-19 concerns there.
Himachal Pradesh and Uttrakhand have been witnessing huge crowds in the hill stations there as many from outside the state fleeing the north Indian summer seek respite there.

Official figures show 35,425 tourists reached the outskirts of Nainital and 32,000 more travelled to Mussoorie in Uttarakhand over the last weekend.

But some 8,000 tourist vehicles were sent back from places like Mussorie and Nainital.

This was done on various grounds, ranging from not carrying a Covid-negative report or proof of hotel booking to failure to register on the state government-mandated portal.

According to Uttarakhand Deputy Inspector General of Police (DIG) Nilesh Anand Bharane, check-posts have also been set up at the state border. Tourists have been informed that they must have negative RT-PCR tests, prior hotel bookings and registration on the online portal.

“Tourists were also informed that if they had not booked hotels prior to their visit, they could be sent back. Border check posts have been put up at the state border and about 4,000 vehicles each from Mussoorie and Nainital were sent back,” he added.

He further appealed to people to consider other popular destinations like Bhimtal, Ranikhet and Landsdowne to avoid big crowds.

Meanwhile, The Uttarakhand government has extended the ongoing COVID-induced curfew in the state till July 20.

According to a statement issued by the Uttarakhand government, the restrictions will remain in force till 6 AM on July 20. It has also imposed a cap of 50 people at weddings and funerals.

Uttarakhand Chief Minister Pushkar Singh Dhami has issued an order regarding 50 per cent occupancy capping in hotels in Nainital and Dehradun.

Dhami has said, “We have issued an order regarding 50 per cent occupancy capping in Hotels in Nainital and Dehradun. Challans are being issued to those who aren’t wearing masks. We are making efforts and will follow guidelines to contain the spread of the virus.”