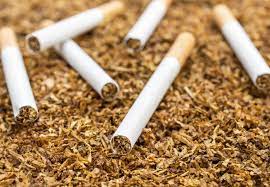 SRINAGAR: At least 32 per cent of men and one per cent women consume cigarettes, Bidis, Hookah and cigars in Jammu and Kashmir, reveals a survey conducted by the Government of India (GoI).

The official figures of the Ministry of Health and Family Welfare states, “Nearly one-third population of nearly 32 percent of men and one percent women of 15-49 years old use some form of tobacco.”

“Tobacco products mostly used by men include cigarette consumption of nearly 27 percent, Bidis of four percent, Hookah and cigars or pipe of two percent each,” it reads.

“Over one-third of nearly 35 percent of men smoke 5 to 9 cigarettes during the 24 hours,” it reads.

It was also mentioned that “In Jammu and Kashmir, among adults of 15-49 years, 0.2 percent of women and 4 percent of men drink alcohol, and the consumption is slightly higher in the rural areas.”

The survey further said that in rural areas, at least 0.3 percent of women and 4 percent of men drink alcohol while in urban areas, 0.1 percent among women and 3 percent in men were found consuming alcohol.