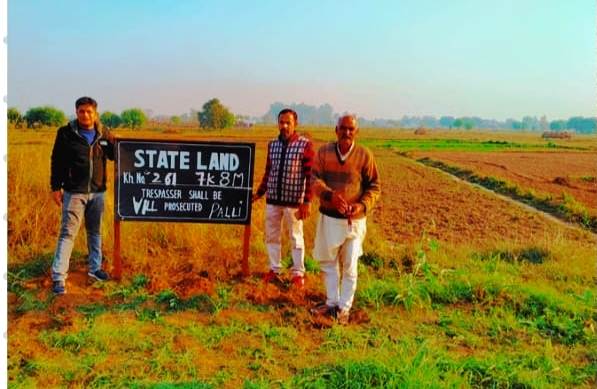 Samba: On the direction of Deputy Commissioner, (DC) Samba, Anuradha Gupta, the District Administration Samba launched a massive anti-encroachment operation in district and evicted about 219 kanal State/Roshni land in different villages of the Border district.

After the anti encroachment operation, the signage boards were also erected on the evicted land.

Similarly, anti-encroachment drives were also launched in the Samba division in village Pangwal, Nehari during which around 44 Kanal 01 Marla of State land was retrieved from the land grabbers by the team headed by ACR, Manu Hansa.