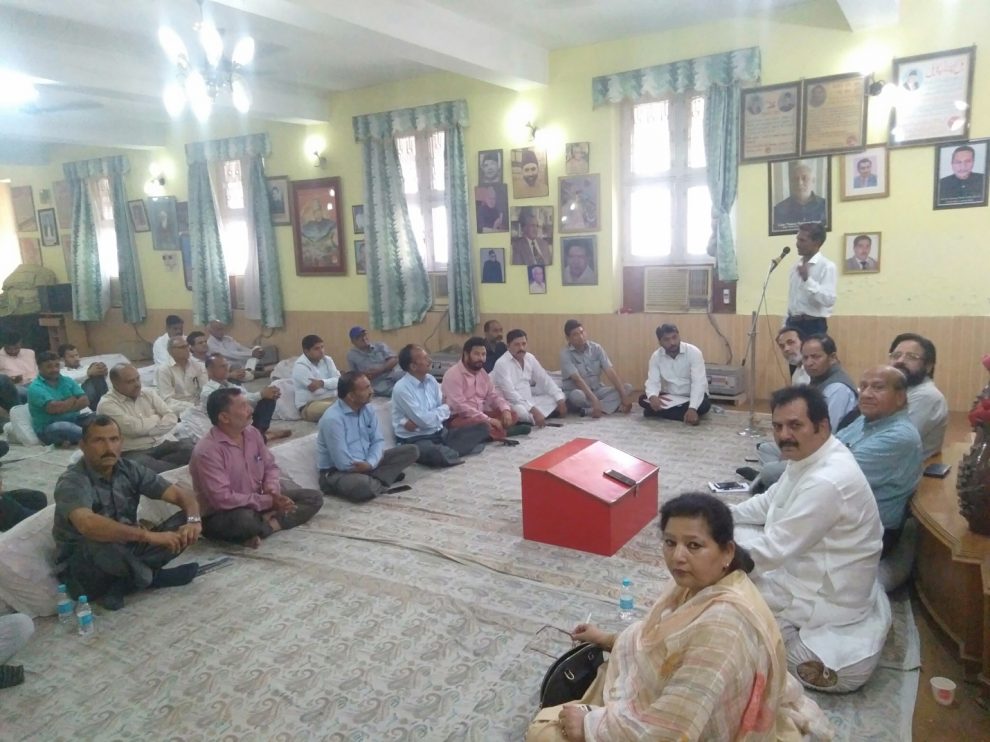 JAMMU: Addressing the meeting of District Presidents of SC Cell, Rattan Lal Gupta on Monday asserted that the National Conference has always remained committed to protect the rights of SC communities in the past and shall continue to do the same in future too.
The NC provincial president urged the party cadre to conduct an outreach programmes in their respective areas and make them aware about how BJP has cheated them on the promises made by it in 2014 before going to elections. He asked them to reiterate to the community people the commitment of National Conference to protect the rights of the SC Community.
National Conference (NC) Schedule Caste (SC) Cell has accused the Bharatiya Janata Party (BJP) of betraying the people belonging to schedule caste community of Jammu and Kashmir despite winning all the seven SC reserved Assembly seats in 2014 elections.
During the meeting the Chairmanship of National Conference (NC) Schedule Caste (SC) Cell Provincial President Jammu, Vijay Lochan said that it was the late Sheikh Mohammed Abdullah who ensured that laws brought for granting land rights to the tiller were implemented in letter and spirit as a result of which the down trodden people including the population of Schedule Caste community got a huge relief as the members of this community were among the main beneficiaries of this historic decision.
Lochan condemned the BJP for cheating the scheduled caste community by making hollow promises prior to 2014 elections. He said that it is an irony that soon after winning all the seven seats reserved for Scheduled Caste the community was deprived of their genuine rights. He said, “We had heard of Union Territory being upgraded to State but BJP degraded the people of J&K by downgrading its status to Union Territory, an unprecedented decision taken by the saffron party.” He demanded immediate reversal of the decision and restoring full-fledged State status to J&K.