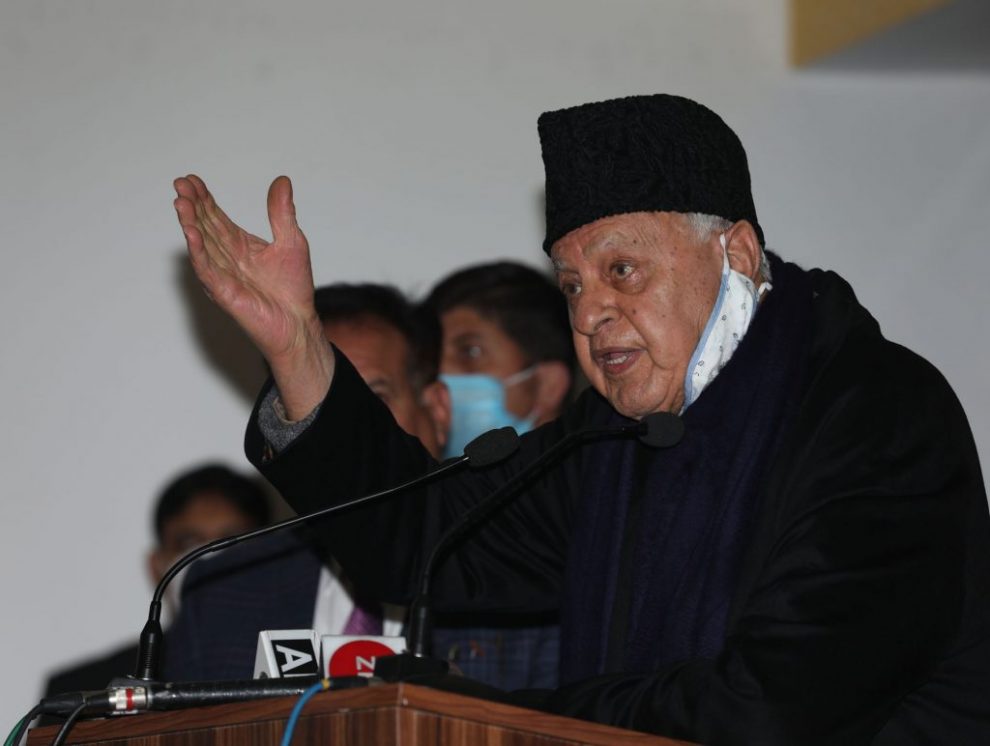 Srinagar: National Conference (NC) president Farooq Abdullah on Sunday started the process of consultations with senior leaders of the party over the invitation for talks from the Centre to mainstream political parties of Jammu and Kashmir.

The party leader said Abdullah had called the leaders for consultations over the issue of the invitation for the meeting with Prime Minister Narendra Modi on June 24.

The consultations are on. After the party president is done talking to party leaders, a meeting of the People’s Alliance for Gupkar Declaration (PAGD) will take place where the member parties will discuss the issue and take a collective decision, he said.

Speaking to reporters after the meeting, the NC’s Kashmir provincial president Wani said the process of deliberations over the Centre’s invite has been started by Abdullah.

The party president has started the process of consultations with the senior party leaders and these meetings will continue till tomorrow. The consultations with few senior leaders took place today, he (Abdullah) will meet few more in the evening and some tomorrow morning. I think, we will be able to give a clear picture to you by tomorrow, he said.

Wani, however, said the NC has not so far called any structured or organised meeting to take a decision over the issue.

The party leader also said he does not know if and when the PAGD will meet, but if it does, the issue may be discussed there .

The PM’s meeting with all political parties from Jammu and Kashmir on June 24 is part of the Centre’s initiatives to bolster political processes, including holding assembly elections in the Union Territory.

Invitations were sent out to 14 political leaders from Jammu and Kashmir, including four former chief ministers, for participation in a high-level meeting to be chaired by the PM, which is expected to set the road map for holding assembly elections in the UT.

The invited leaders of eight political parties — the NC, PDP, BJP, Congress, Jammu and Kashmir Apni Party, CPI(M), People’s Conference, and the Jammu & Kashmir National Panthers Party — were telephonically invited by Union Home Secretary Ajay Bhalla for participation in the meeting to be held at the prime minister’s residence at 3 pm on Thursday, June 24.

This will be the prime minister’s first interaction with all the political parties of Jammu and Kashmir since August 5, 2019 when the Central government abrogated the state’s special status and bifurcated it into UTs. The erstwhile state has been under the Centre’s rule since June 2018.