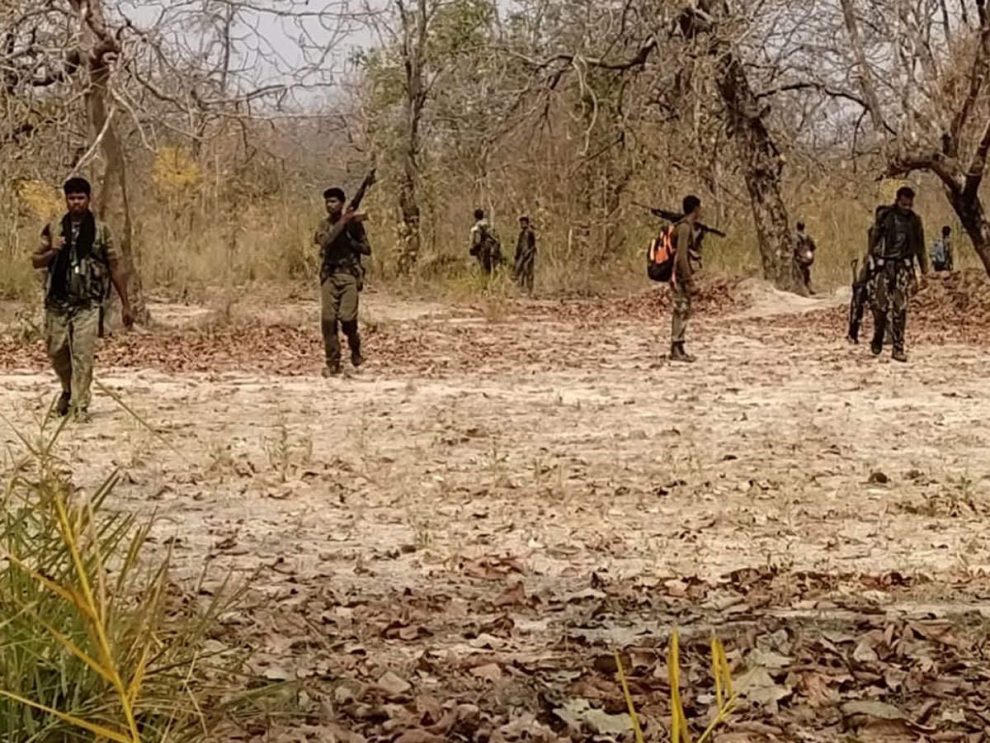 By Poonam I Kaushish | INFA
Add Comment
Where does the buck stop?

Remember Alfred Lord Tennyson’s famous poem, The charge of the light brigade. One stanza’s read: ‘Forward, the Light Brigade!’ Was there a man dismay’d ? Not tho’ the soldier knew, Someone had blunder’d: Theirs not to make reply, Theirs not to reason why, Theirs but to do & die, Into the valley of Death Rode the six hundred.

This 1894 poignant ode, a symbol of warfare at both its most courageous and its most tragic, befits the eulogy of 22 security personnel who were killed by Naxals in Chhattisgarh’s Sukma district Saturday leaving 32 injured. Armed to the teeth with light machine guns and IED’s the Maoists had laid a trap. Waiting in the foliage they surrounded the jawans from three sides in an area devoid of vegetation catching them off guard.

Fury and anguish apart, it tore asunder the carefully cultivated mirage of the  rarified air-condition portals of New Delhi’s Raisina Hill and State Capitals that the Red brigade menace was not as serious as made out to be. Exposing, the harsh reality that the 1967 peripheral peasant threat had now reached a critical mass.

Predictably, as is the norm from Prime Minister downwards all condemned it. Union Home Minister Amit Shah air-dashed to the State amidst hectic campaigning in West Bengal asserting the “Government is determined to take the ongoing fight against the unrest created by Naxals to its logical conclusion.” Dittoed Chief Minister Baghel.

High sounding words, indeed. Words we have heard zillion of times after every attack, but as the sequence of events showed all it took was 400 Maoists to annihilate 1500 troops drawn from CRPF’S specialised jungle warfare unit COBRA, its regular battalions and Chhattisgarh’s District Reserve Guard who were acting on intelligence inputs of the most wanted Maoist leader Madvi Hidma carrying a reward of Rs 40 lakhs, presence in the area.

But a war cannot be fought by battle cries of courage, notwithstanding it was the worst Maoist attack in four years. Think. Last month 25 CRPF personnel were killed in Sukma, last March 5 DRG personnel were blown to smithereens in Narayanpur district and another 17 jawans in Sukma. In April 2019 a BJP MLA and four security personnel exterminated when Naxals blew up their vehicle in Dantewada district. In March-April 2017 37 CRPF jawans were again killed in two separate attacks in Sukma. The preceding year a powerful landmine blast slayed 7 policemen in Raipur district and 2 in Sukma district.

Pertinently, 14 of Chhattisgarh’s 27 districts are in the vicious tentacles of left wing extremism violence. Sadly, successive Government’s over the years have reveled in pass-the-buck mind games and taken the easy way. Discounting the moot point: Has India underestimated the Maoists’ military capabilities? Prepared its security forces enough to tackle a well-entrenched and motivated guerrilla force?  Covering the entire panoply of counter-insurgency skills ranging from training to technology, intelligence to social development. After all, counter-insurgency is not a picnic.

Questionably, how does the Centre intend fighting the war? Does it know the DNA of Naxalites? What fuels their movement? Have an iron-tight anti-Naxal policy in place? A realistic and accurate assessment of the challenge? Are the Reds driven purely by the “robbing Peter to pay Paul” syndrome? Can an honorable cause and an eventual utopian outcome justify violent means? Is violence consistent with the norms of democracy?

More. The problem is not firepower, it is much more systemic than that. According to Home Ministry sources, the Maoists plan is to physically occupy the countryside and surround cities until they can force regime change. Simultaneously, they want to transmute the social structure through the barrel of the gun and are getting moral & material support from the Nepal, Pakistan’s ISI and China. Their ambition is to have a ‘red corridor’ from Pashupati to Tirupati.

Asserted a senior police officer, “There is a lot of vacillation and ad hocism, whereby counter-Naxal strategy and attacks have been outsourced to the Central security forces.” Consequently, with the Central forces playing the role of a supporter and not a lead force to the State, the fight against Maoists is manifest by massive confusion and operational weakness with both accusing each other of failure.

Consequently, tackling the Maoist cannot be dismissed as a rural or tribal problem of quelling a mob of stone-throwers. Four, factors need to be borne in mind. One, coordination, cooperation and complete understanding between the CRPF and the State police. Given that the State police are sons of soil and know the terrain while the CRPF gets battalion from all over for short periods who have neither terrain knowledge or know the local language. Toward that end, the police must be motivated, given pre-induction training and the right kind of equipment before being sent to battlefield.

Two, provide proper ground intelligence back-up. As Sukma shows there were not enough intelligence inputs. More impetus should be given to feedback from the ground whereby authorities need to sanitize people on the periphery of security forces: drivers, sweepers and locals to ensure Maoists don’t have access to vital information that would help them mount deadly attacks. Also, one should think out-of-the-box and adopt unique tactics along-with constant and continuous uniformity in response.

Three, be ever vigilant. Use vehicles off the beaten track or move on foot. Take a leaf of Andhra and Punjab. In Andhra it was compulsory for every sub-inspector recruited to train in anti-Naxal operations and IPS officers were posted in Naxal-hit districts before being made SPs.’ In Punjab,  terrorism was  rooted out by the police taking terrorists head on with CRPF, BSF and Army supporting.

Further, learn from the military. When it finds the condition tough, it does a tactical retreat, regroups and again assaults. The security forces need to do the same. Paramilitary forces need to be overhauled and restructured in command and control. An integrated manpower policy  adopted for armed, paramilitary and central police forces.

Till date the Government has talked ad nauseum about its ‘anti-Naxal strategy’ couched in jingoistic jargon of “challenge, development” etc. Used grand language like tackling terror “on the political, security and development fronts in a holistic manner”. Failing to realize that impressive catchphrases don’t add up to well-thought of strategies. Instead they only allude to a mumble-jumble of intentions and wishful thinking at best and complete catatonia at worst.

What next? New Delhi must acquire resources to contain if not annihilate the enemy. There should be planned deployment of time-bound resources imposed by conflict. The Government needs to realize if there is a disconnect between its objectives, tactics, resources and ground conditions, all stratagems and measures are rendered redundant.

The Government needs to deal with distortions in the social system on a war footing to alleviate poverty, ensure speedy development and enforce law and order strictly. Four, the police need reorientation, equipment and mandate to deal with Maoists. Only through genuine police reforms and dramatic augmentations in general policing capabilities can the State stem the rising tide of Naxal terror. Given that the Maoists follow the ‘fish in water’ policy: which renders the guerrilla soldiers indistinguishable from common citizens.

Clearly, both the Centre and State need to act together, take the bull by the horn and realize that anti-Naxal operations are a chronic terrifying black hole Time to send a clear message that senseless violence wouldn’t be tolerated. Remember, nations live or die by the way they respond to a challenge. Do our leaders have the stomach?

By Poonam I Kaushish | INFA