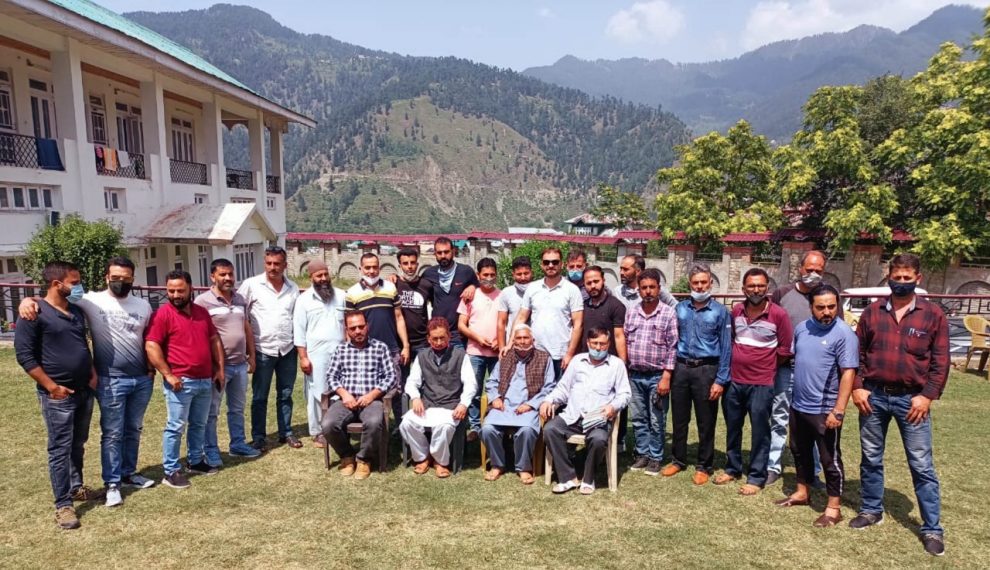 Bhaderwah: Contractors Association Bhaderwah was constituted today with Navaz-ul- Haq Ganai was reelected as its president.
A meeting of contractors of Bhaderwah was held at Dak Banglow under the supervision of Ghulam Hussain Butt. The election process was held where Navaz-ul- Haq Ganai was elected as president of the association where as Naseer Mehboob Padder was elected as Vice President. Similarly Abid Najeeb Tak was elected as Cashier, Nazir Ahmed Padder as Secretary. Besides that Nasir Latief Butt, Irshad Ahmed, Ayaz Ahmed, Saleem Khan and Majid Khan were elected as executive members.
The term of the new association is one year and re election process will held again next year.
President Navaz-ul- Haq Ganai thanked all the contractors for electing him for an important post.
“I will be available for all my fellow contractors all the time. We all know that Contractors are facing many issues and problems and I am always at the disposal of every contractor whatever may be the situation. I once again thanked to all my colleagues for trusting and believing in myself”, he said.
While concluding the meeting Chairperson Ghulam Hussain Butt thanked to all the contractors for being present in this important meeting and he wished very best for your bright future. He also congratulated Nawaz Ganai and said that you are a very hardworking person and that’s why all contractors have chosen you again. He also congratulated Naseer Mehboob for becoming Vice President of the association. He thanked others members of the association as well.